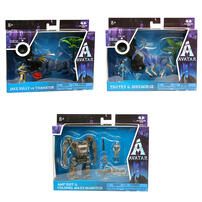 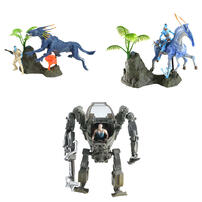 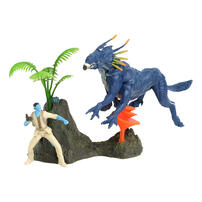 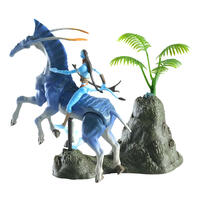 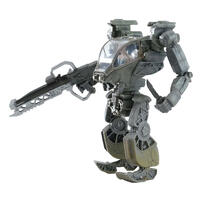 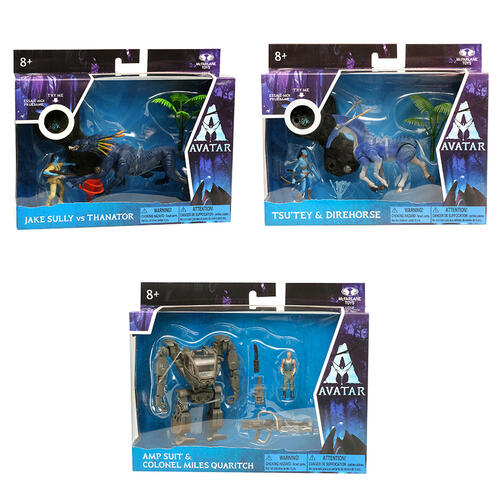 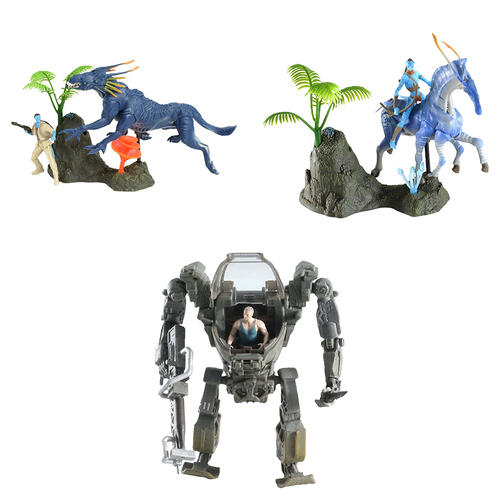 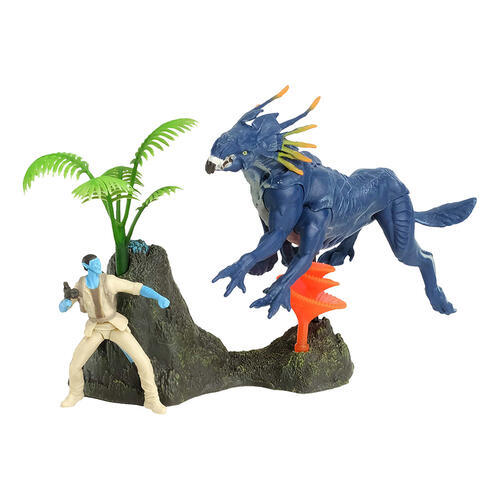 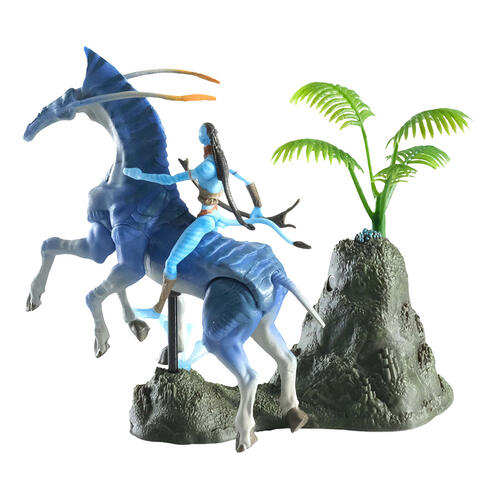 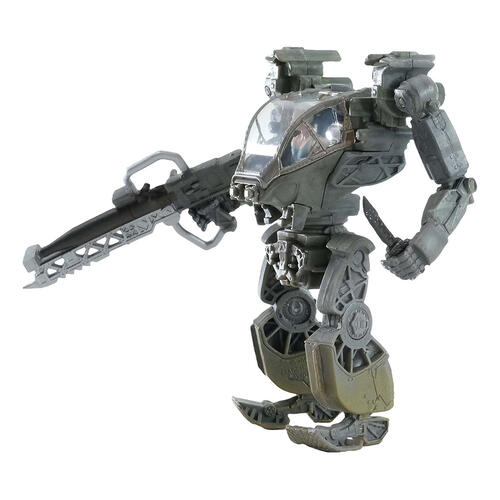 During his first field mission on Pandora, Jake Sully encounters the Rainforest’s most fearsome land predator, the Thanator. With six legs propelling it at speeds of up to 40 mph, it’s no wonder Dr. Grace Augustine tells the inexperienced Jake Sully’s avatar to run for his life. This medium deluxe figure set is highly detailed with playable articulation.

The noble six-legged steed of the Na’vi, the Direhorse is vitally important as a mode of transport as well as a hunting mount for all Na’vi clans. The Omatikayan warrior, Tsu’tey, is a skilled Direhorse rider and the perfect addition to this medium deluxe figure set.

Miles Quaritch demonstrates superior piloting skills in his AMP Suit, nicknamed “Beyond Glory.” Controlled via high-tech armatures and equipped with a variety of weapons and raw strength, the AMP Suit is even more lethal with Quaritch in the driver’s seat.