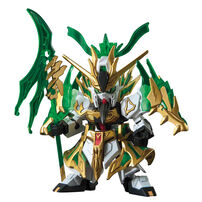 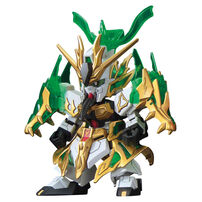 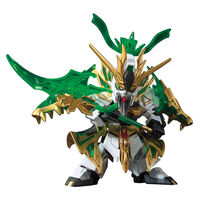 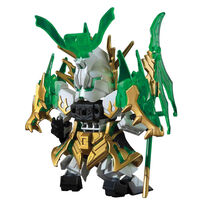 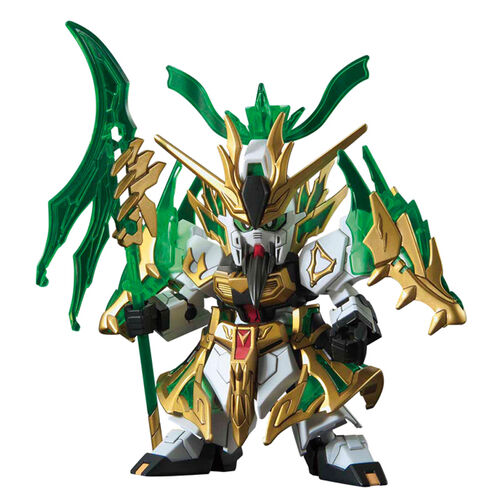 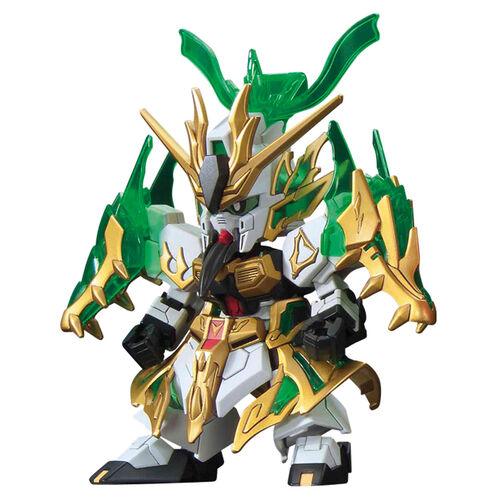 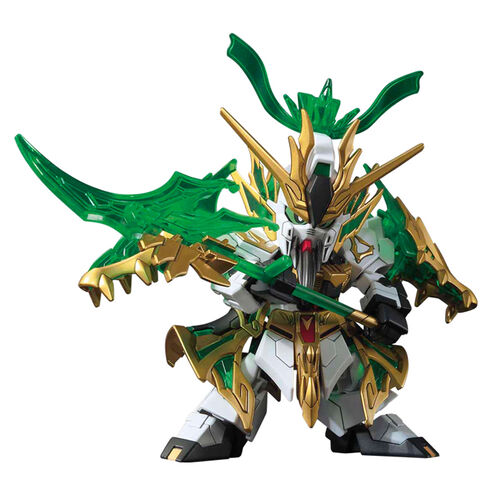 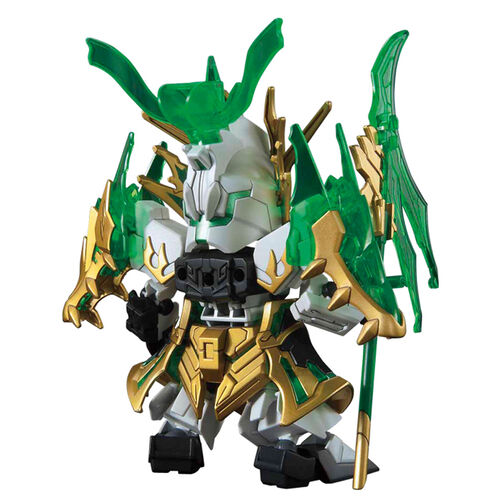 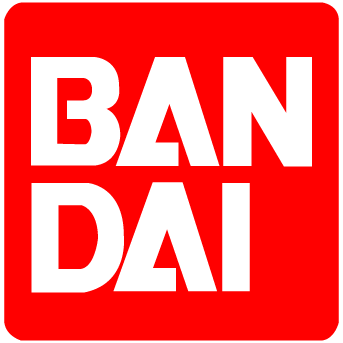 From the new SD Sangokuden series comes the Guan Yu Yun Chang Nu Gundam. A brilliant and compassionate man his firm conviction has lead him along with his allieys Liu Bei Unicorn Gundam and Zhang Fei God Gundam to set out to save the world.