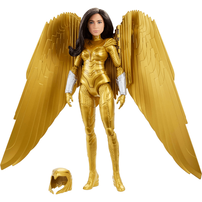 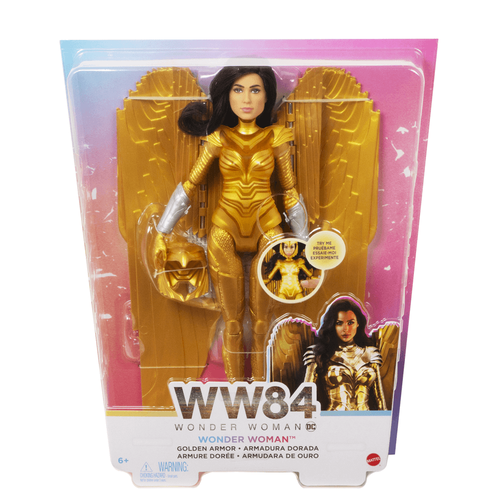 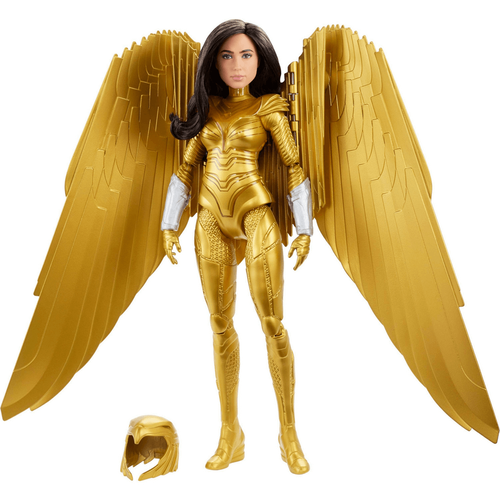 Relive an epic movie moment with Wonder Woman doll in her stunning Golden Armor! From Amazon princess to the world’s greatest warrior, Wonder Woman is at the height of her power in the all-new chapter of her story, Wonder Woman 1984. In her Golden Armor, she is the ultimate embodiment of power, grace, wisdom and wonder -- an Amazon warrior whose strength defies challenge and whose courage shines. Relive her iconic golden armor transformation with this Wonder Woman doll in a suit of armor that glows with the push of a button! With flexibility at the shoulders, elbows, hips and knees, she’s ready for powerful posing and play. Spread her wings, move them up and down or fold them in to create a powerful shield that even her fiercest foes can’t break through! Fans can bring an iconic scene to life with this Golden Armor Wonder Woman doll, perfect for displays or storytelling play. With Wonder Woman 1984 dolls and toys, kids can collect their favorite characters to build out the world and create their own super-heroic stories!