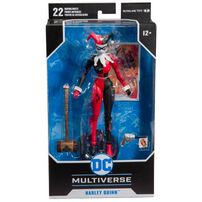 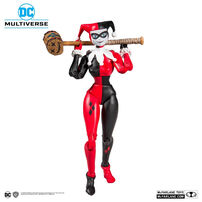 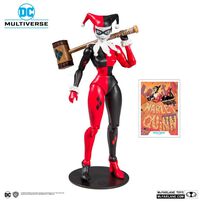 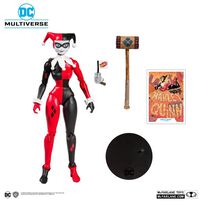 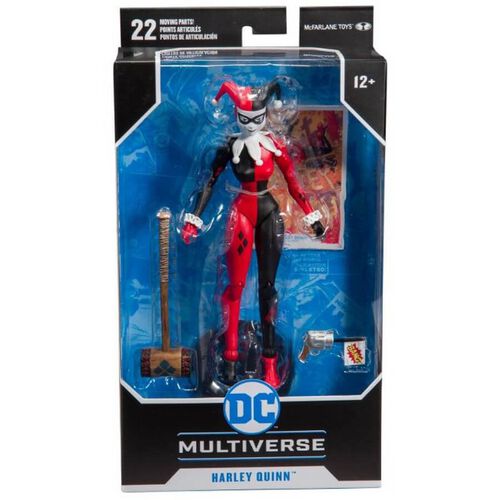 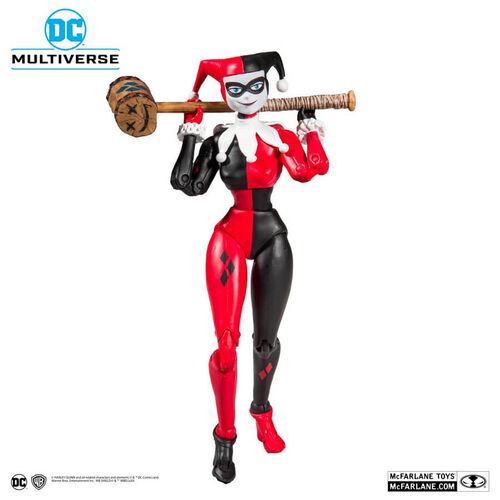 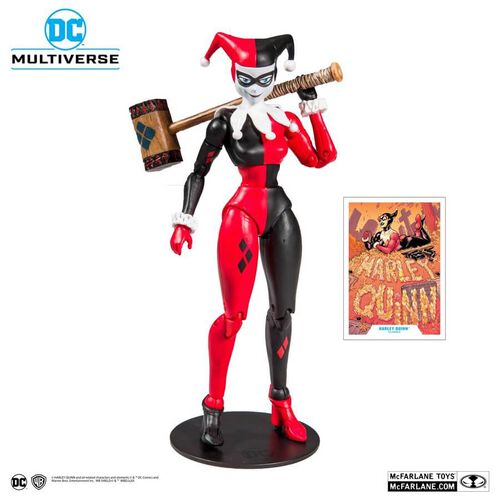 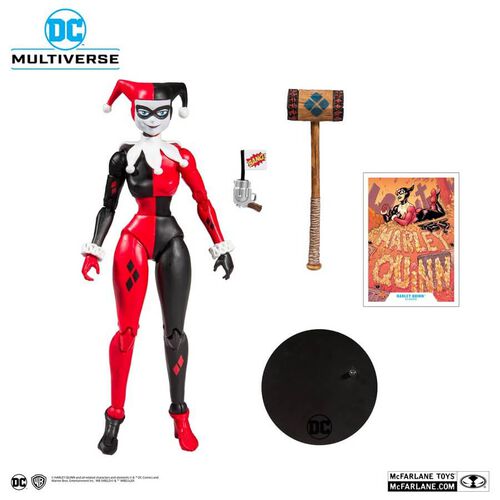 Straight from the “DC Rebirth” comic comes this highly detailed action figure. It stands approx. 18 cm tall and comes with accessories and base in a collector edition window box.

When she first met The Joker, Dr. Harleen Quinzel was his psychiatrist at Arkham Asylum. Instead of treating her patient, she fell in love with him and became his prankster partner in crime known as Harley Quinn. Although mentally unhinged, Harley is highly intelligent. She’s a skilled gymnast and her agility makes her an adept fighter. Like The Joker, she uses a variety of weaponized gag props in her chaos-creating crimes!