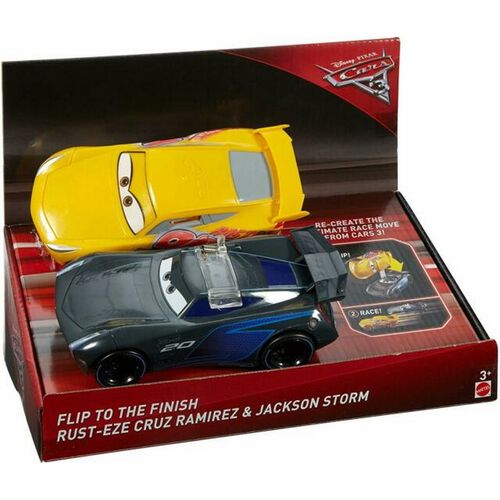 In the final Florida Speedway competition, the best racers compete neck and neck. Cruz Ramirez braves an awe-inspiring flip and barrel rolls over Jackson Storm angling for the lead.

This Race N' Flip set comes with both of those key characters as pullback vehicles to create that epic stunt.

Simply attach Cruz Ramirez and Jackson Storm together, and Watch them take off in side by side racing action.

See Cruz Ramirez do the signature flip over Jackson Storm and beat him to the finish line!

Each vehicle can also be raced individually for added Cars 3 movie play.