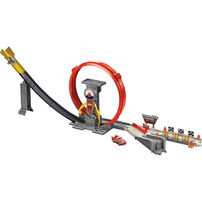 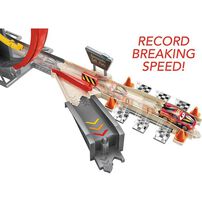 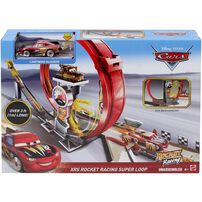 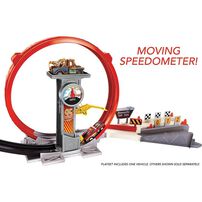 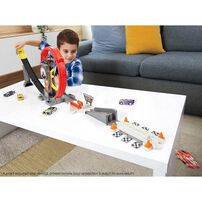 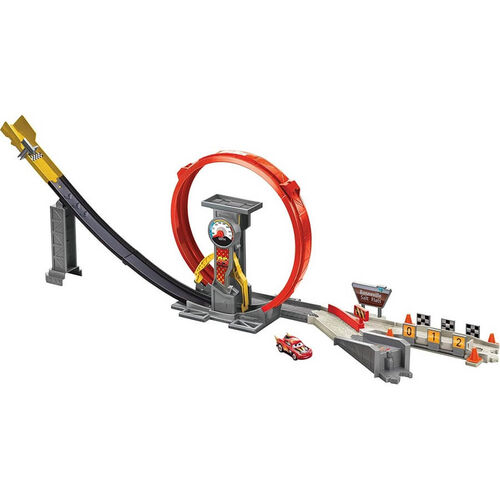 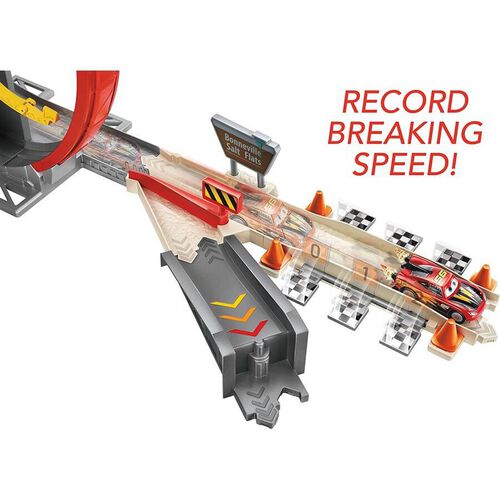 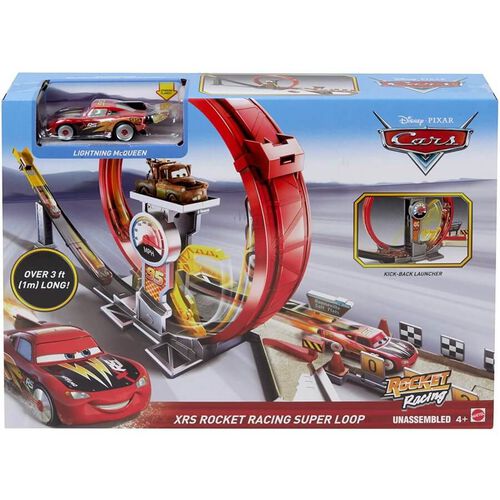 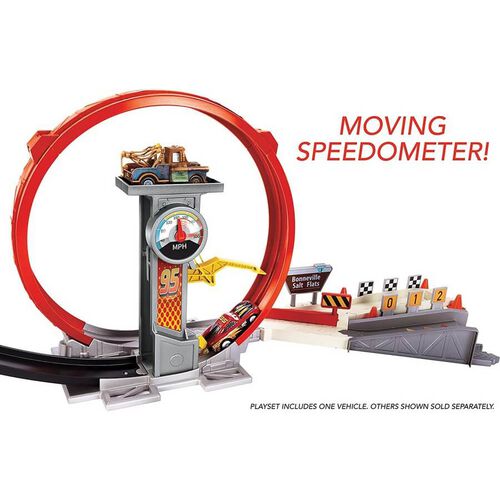 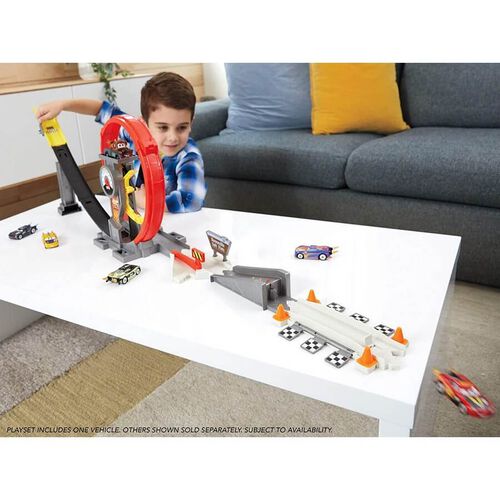 Blast off with Lightning McQueen as he braves extreme competition stunts with the Disney and Pixar Cars XRS Rocket Racing Super Loop Challenge! It features a kickback launcher that propels cars down the ramp at record-breaking speed as rocket flames spin out of their exhausts. Shoot your vehicle through the loop and then check your velocity with the moving speedometer. Race straight or flip the diverter to take the ramp and jump over other cars in crazy stunt action! The signs collapse for a realistic effect and you can customize the course for more racing options. Just move the ramp and/or extra track pieces to create alternate tracks and stunts. The Super Loop set includes a 1:55 scale plastic XRS Rocket Racer Lightning McQueen to start the play right away. Additional vehicles sold separately, subject to availability. Colors and decorations may vary.