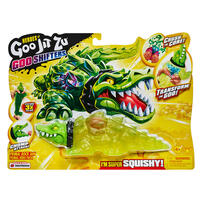 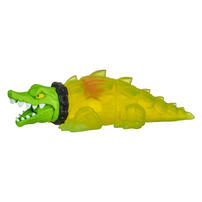 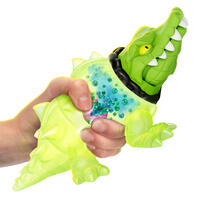 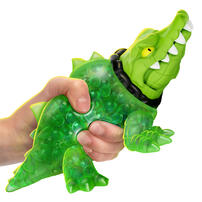 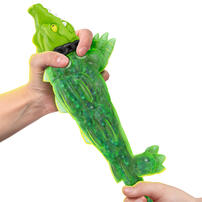 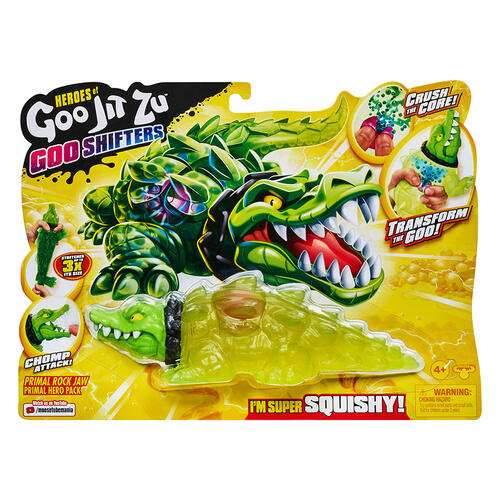 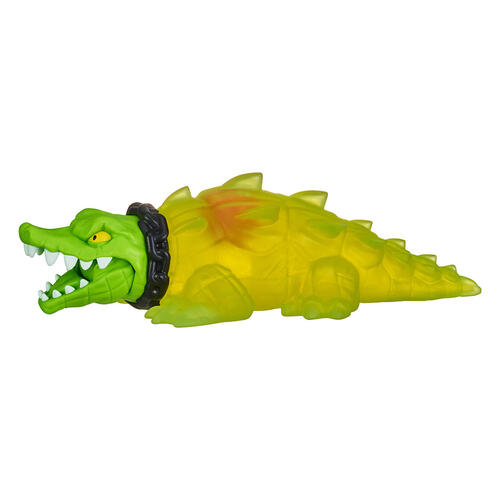 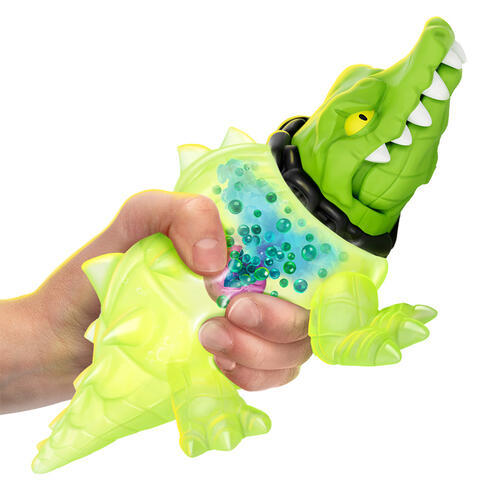 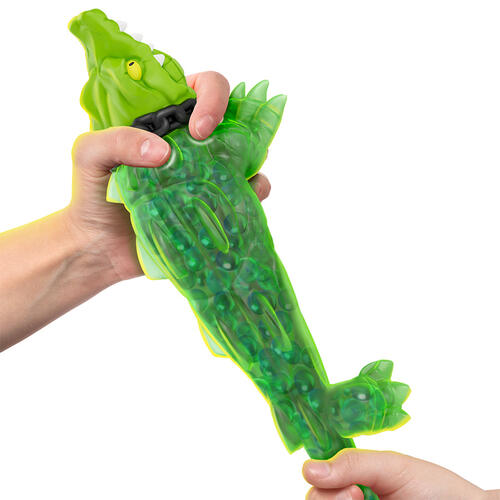 Prepare yourself for some Powered-up action! Your favorite stretchy, squishy villain Rock Jaw has returned in his Primal Form and is ready to be powered-up by you! Crush Rock Jaw's Core to activate his "Goo-formation"! Watch as the Goo inside his body changes before your eyes to release his inner power! Rock Jaw is back in his Primal Form of a Crocodile! This awesome Goo Jit Zu toy feature "Chomp Attack" action! His huge teeth-filled jaws can open up wide for him to battle against Primal Thrash! Both Primal Thrash and Primal Rock Jaw have a unique Goo Filling and "Goo-formation"! Rock Jaw is Super Squishy! He can stretch up to three times his size and return back to his original shape. The Heroes of Goo Jit Zu need YOU! Transform the Goo and power-up with the Goo Shifters!