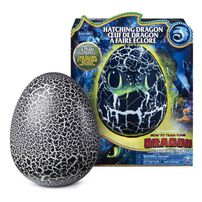 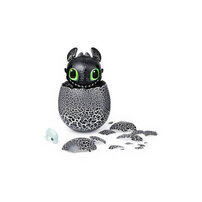 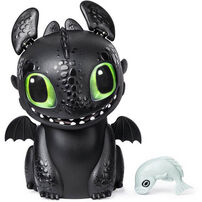 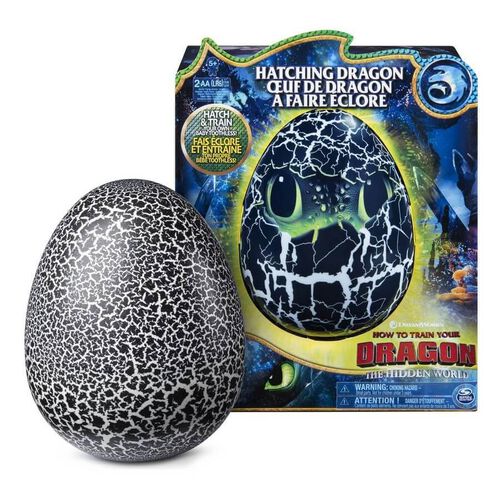 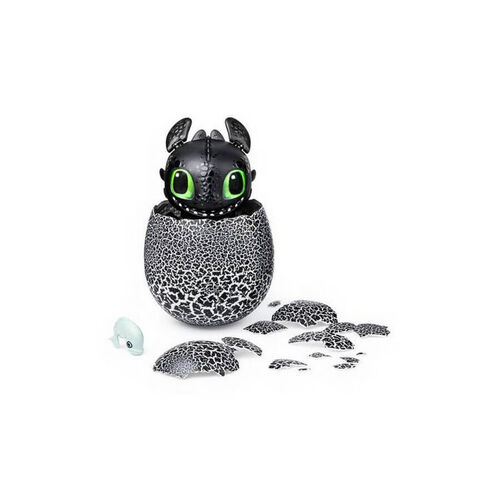 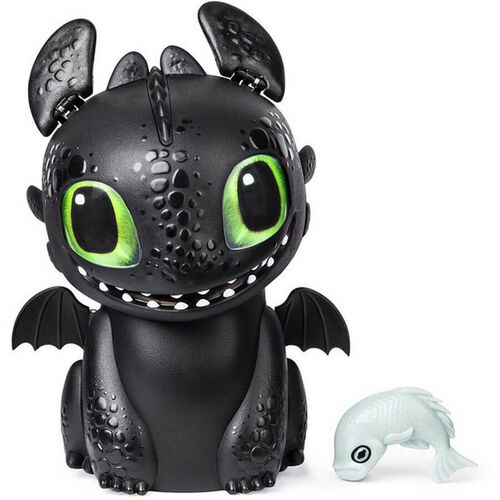 How To Train Your Dragon Hatching Dragon

(0)
ages: 5+ years
$74.98
share
The link to How To Train Your Dragon Hatching Dragon has been copied

How To Train Your Dragon Hatching Dragon

Agitate baby Toothless enough until he's ready to hatch! With light-up eyes you can see through his egg shell, rock it to make him growl; tap to hear him tap back; clap and he'll respond! Shake and tilt the egg until he starts to hatch!

Bond with Toothless and teach him how to fly and plasma blast! He'll move his wings and ears as you guide him through the sky! Charge his plasma blast by holding his belly and release to see his mouth glow! If he's hungry, feed him his fish accessory!

Hatching Toothless loves to play games with you! With so many interactive games to play, ask him questions to hear his response; roar at him and he'll roar back; pass him around to avoid the plasma blast and so much more!

Hatching Dragon Toothless makes a great gift for kids aged 5 and up. Requires 2 AA batteries (included). Epic adventures await as you hatch, interact and play with your very own baby dragon! 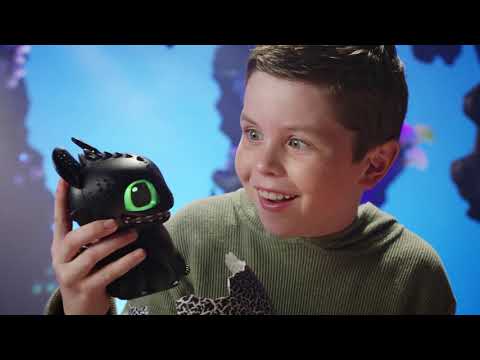