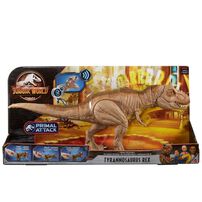 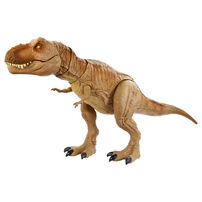 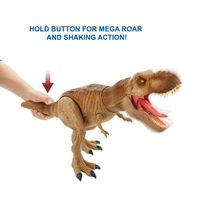 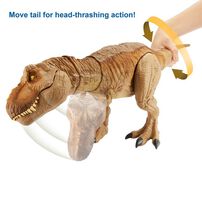 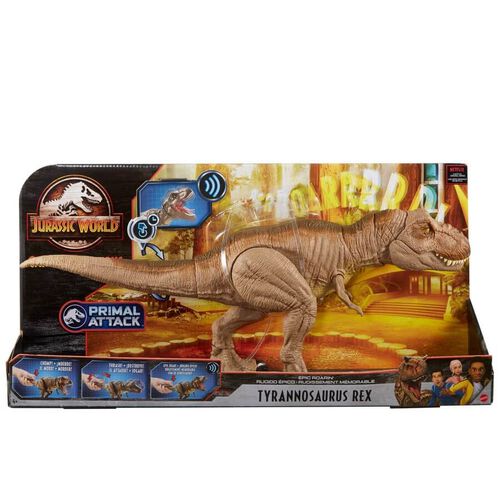 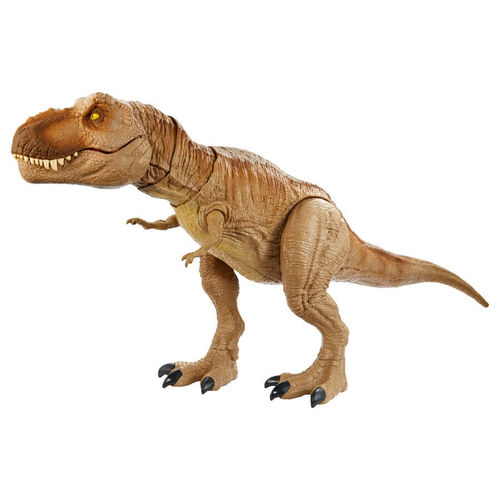 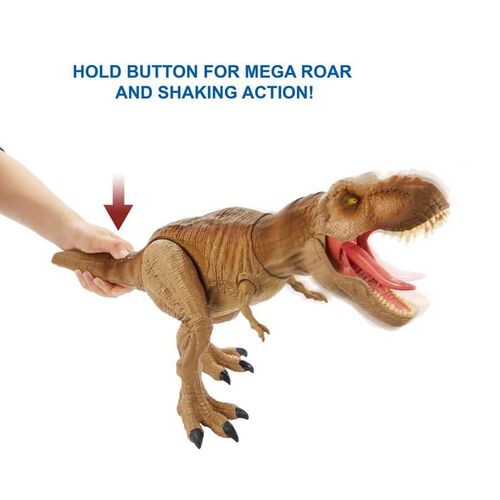 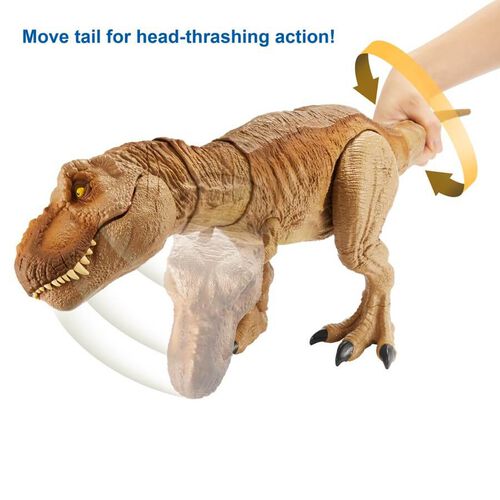 Be a part of the Jurassic World adventure with the ultimate in dinosaur battle action! With the larger-sized Control 'N Conquer™ Carnotaurus dinosaur figure, kids can control the carnage like never before with the brand new "Primal Attack" feature, featuring realistic movement and attack activation! Get total control of your Carnotaurus by tilting the tail up to make its head move; tail activation also makes the waist move and the figure twist sideways. Lift the tail up and the Carnotaurus ROARS—watch out! You can also control the roar with the button on the back of the tail. It's awesome animated control with roaring sound effects that kids will love! The Control 'N Conquer™ Carnotaurus also features movie-inspired sculpting, movable joints, authentic color and realistic texture. Recreate epic Jurassic World battle action scenes with the Control 'N Conquer™ Carnotaurus or make up your own adventures! For more dinosaur fun, download the Jurassic World Facts app (Android and iOS) to scan and watch your dinosaur come to life, zoom in on dinosaurs up close, hear dinosaur roars, learn fun dinosaur facts and more! Colors and decorations may vary. For ages 4 and up.