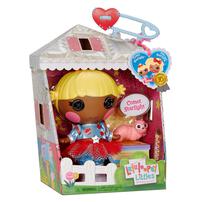 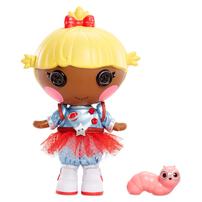 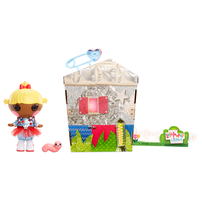 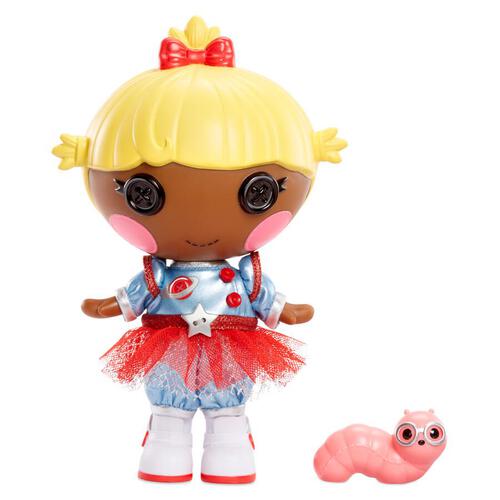 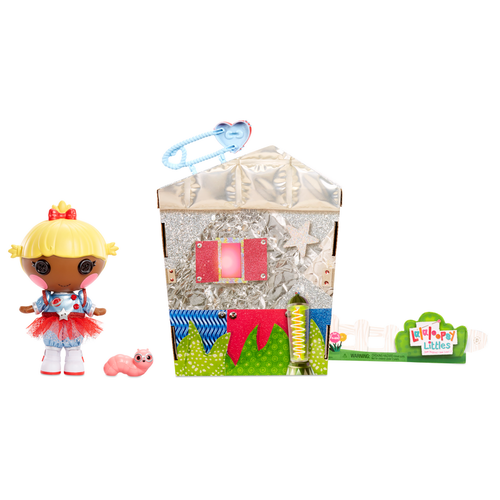 Adorable Little Sister Dolls
Explore the magical world of Lalaloopsy and create mischief in Lalaloopsy Land with Lalaloopsy Littles, the adorable younger siblings of your favorite Lalaloopsy characters. The 7” dolls are carefully crafted with articulation in their head, arms and legs and have high quality removable fashions & shoes. Comet Starlight is the little sister of Dot Starlight.

Cute, Colorful, Whimsical and Fun, Celebrating Creativity, Uniqueness & Diversity
Cute & colorful, Lalaloopsy offers a whimsical world of friendship & fun, inspiring kids to develop their own creativity and imagination. Lalaloopsy dolls have unique personalities drawn from the fabric used to sew them, and each one comes with her own pet. They celebrate diversity - everyone is special in their own way!

Comet Starlight's Personality
Comet Starlight was made from an astronaut's spacesuit. She dreams of seeing the stars up close and wonders if the moon is made of cheese. She plans to blast off some day and find out. A perfect gift for your curious one!

Reusable House Playset (Almost Zero Waste!)
Each NEW package is a reusable house playset that uniquely expresses the personality of each doll. Connect to Dot Starlight's house to expand their shared house, and connect to other houses to create Lalaloopsy Land!

Innovative Storytelling
Child gets to “sew the last stitch” to release doll from package to magically bring the doll to life in their pretend play. Get to know the characters in the Netflix Original Series We're Lalaloopsy, and other Lalaloopsy TV series and movies available for streaming on Amazon Prime, iTunes, Kidoodle and YouTube.