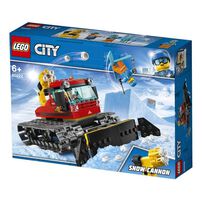 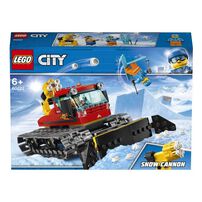 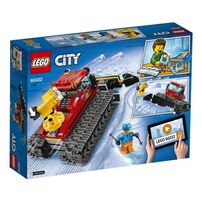 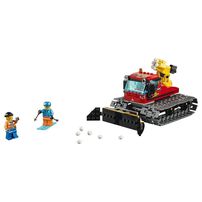 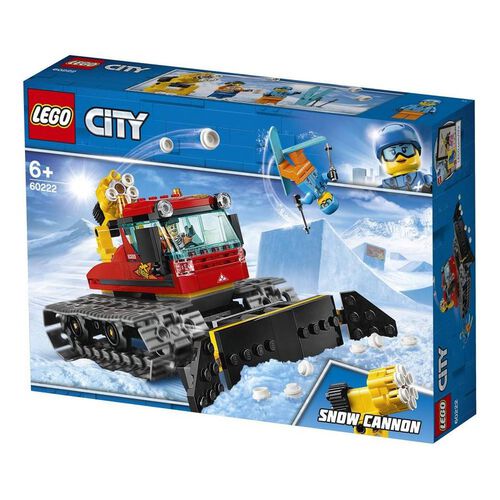 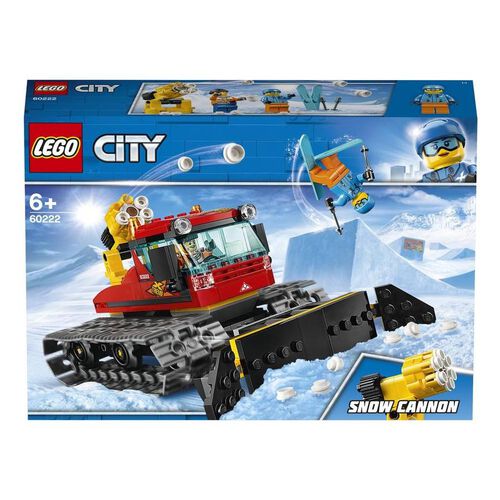 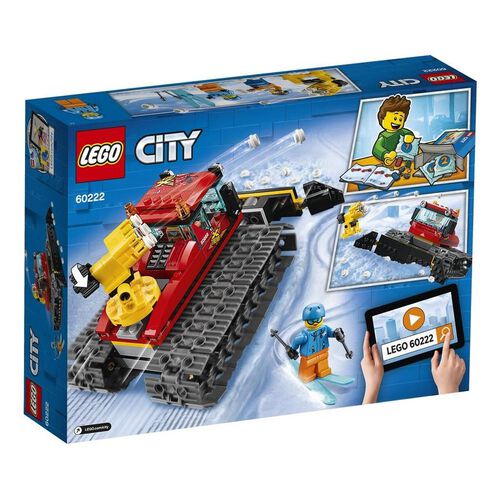 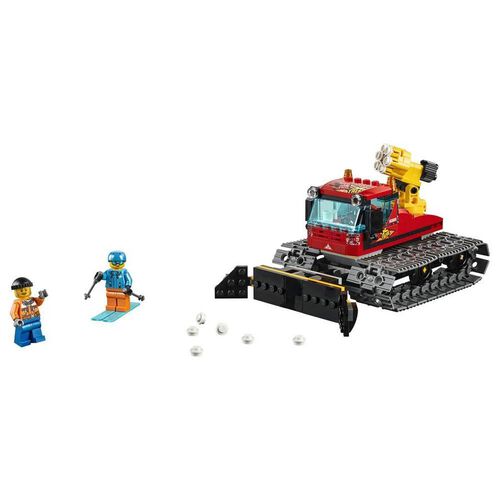 Help get the LEGO® City ski slopes ready for action! Load the big snow cannon, jump behind the wheel of the massive Snow Groomer and head for the slopes. Drive easily through the drifts with the big tracks before firing the cannon to lay more snow on the trails. Then it's time to head back to the lodge and grab a warm cup of cocoa!

• Includes 2 LEGO® City minifigures: a skier and a driver. • Features a detailed Snow Groomer with a minifigure cab, opening roof, sturdy segmented tracks and a large front plow blade, plus swiveling 6-stud rapid shooter snow cannon. • Accessory elements include a pair of skis, 2 ski poles and 12 snow studs. • Climb into the cab of the groomer and head out through the snow. • Swivel the snow cannon into place and then turn the knob to fire the snow studs. • Push the sides of the plow blade in to collect the snow as you plow. • Snow Groomer measures over 3” (10cm) high, 7” (18cm) long and 4” (12cm) wide."