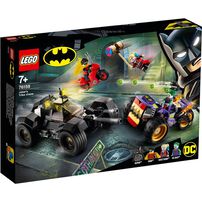 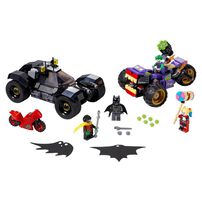 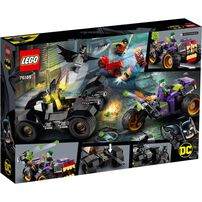 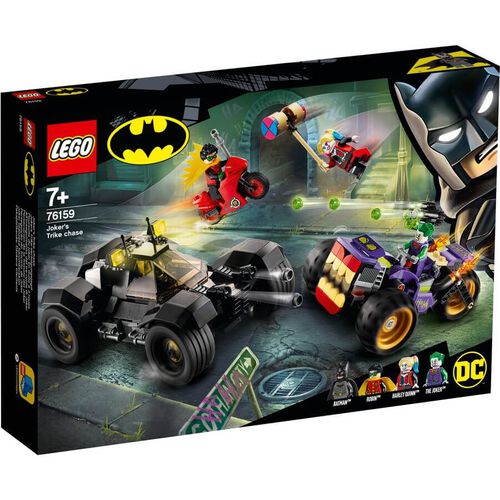 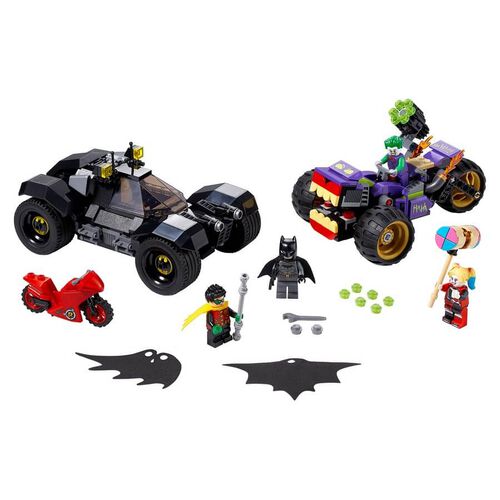 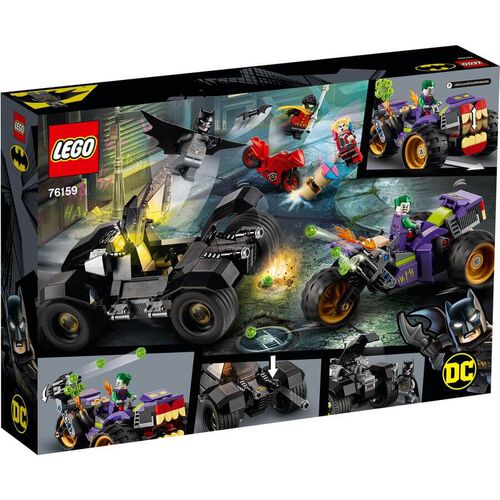 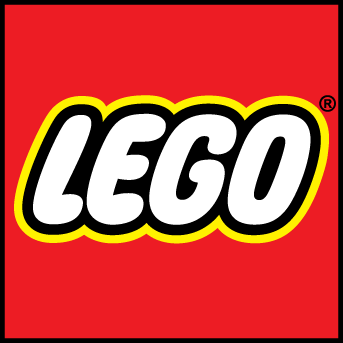 VROOOM! THE JOKER speeds through town on his monster 3-wheel trike. With cool weapons and flames coming from the exhaust, even his trike is laughing! But the awesome Batmobile soon catches up. Harley Quinn arrives, swinging a huge hammer, and Robin races to stop her on his motorcycle. But THE JOKER steals the Batmobile's engine and puts it in his trike! Will he escape? Only you can decide.