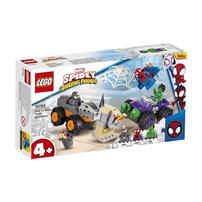 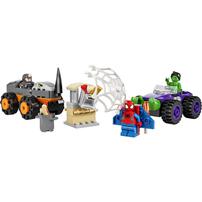 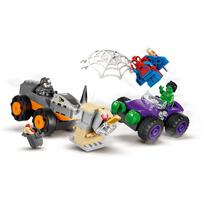 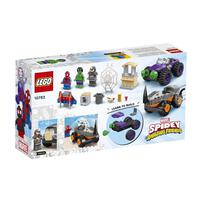 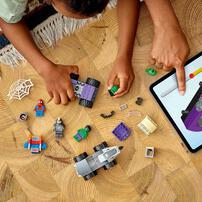 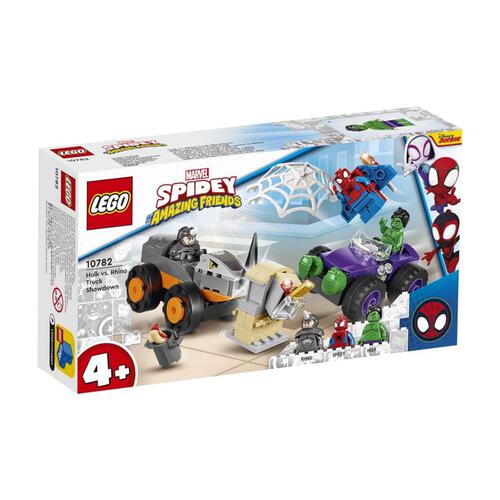 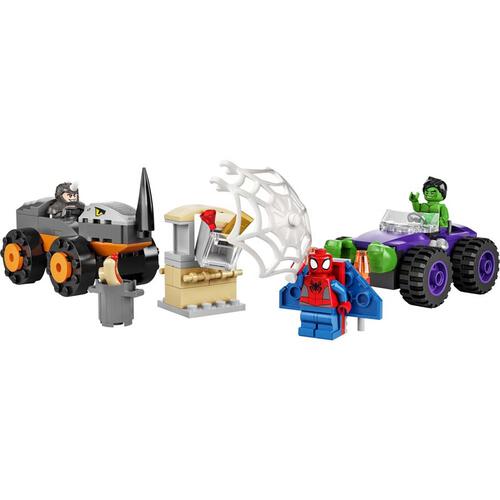 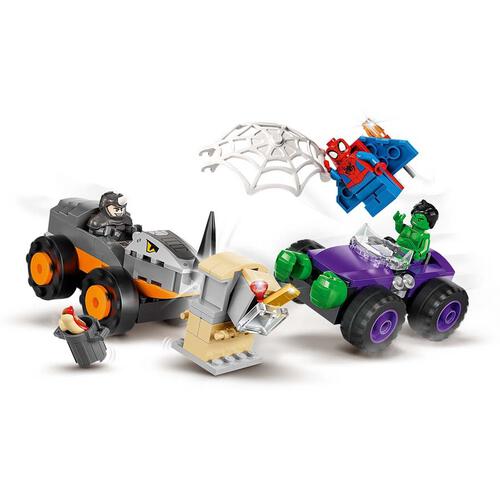 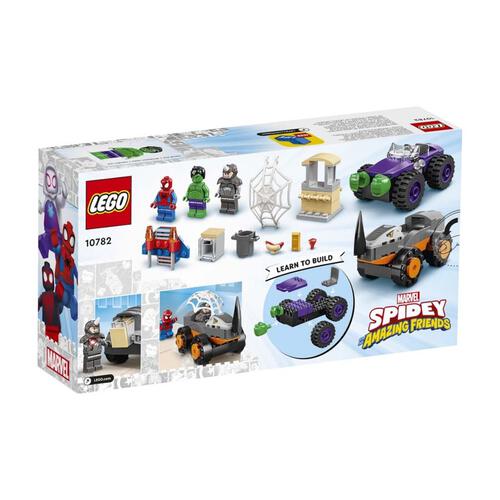 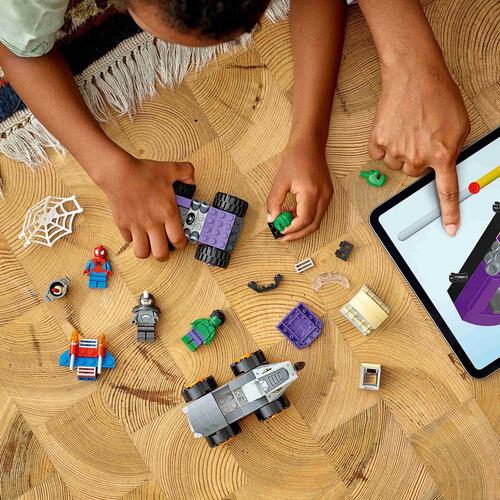 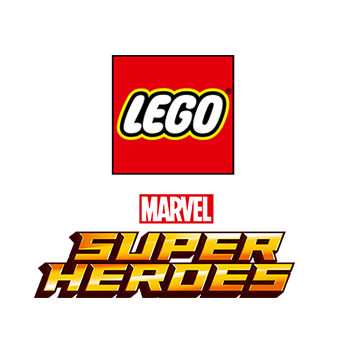 Rhino’s rumbling into town in his tough-guy armored tank. He’s smashed a bank vault and stolen the gold – but help is on the way! Spider-Man’s on the scene superfast thanks to his cool jet pack loaded with missiles. Steer Spidey into position, take aim and fire. Feel the ground shake as Hulk rams the bad guy with his monster truck. Fire off a web to stop Rhino in his tracks!