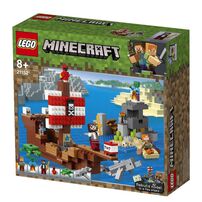 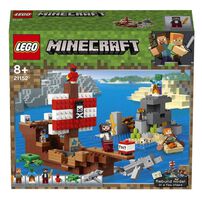 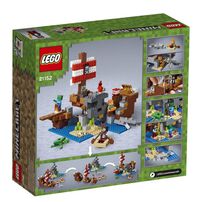 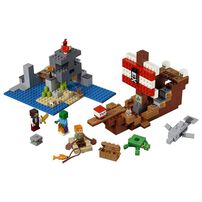 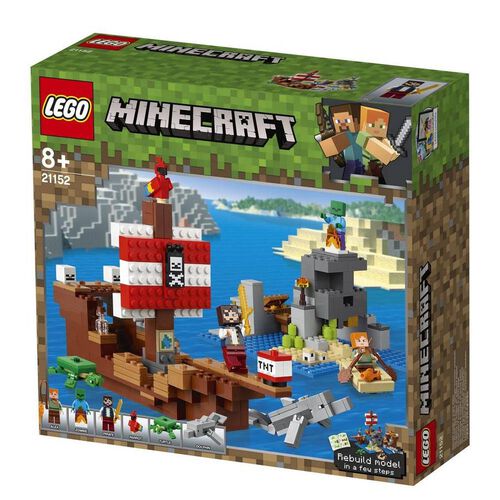 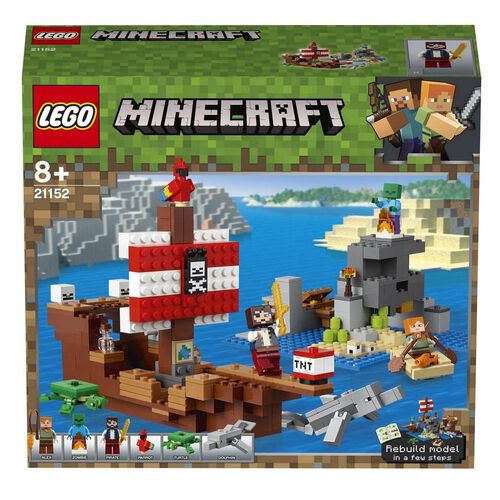 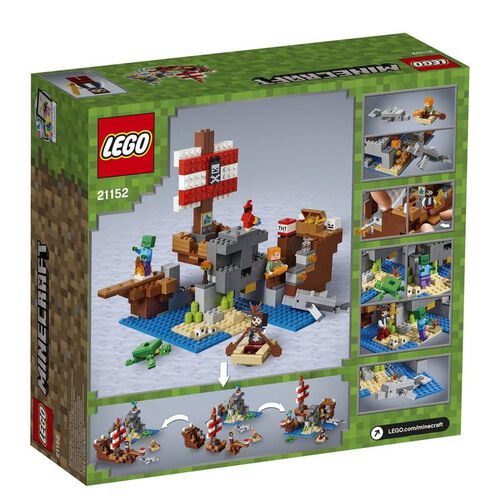 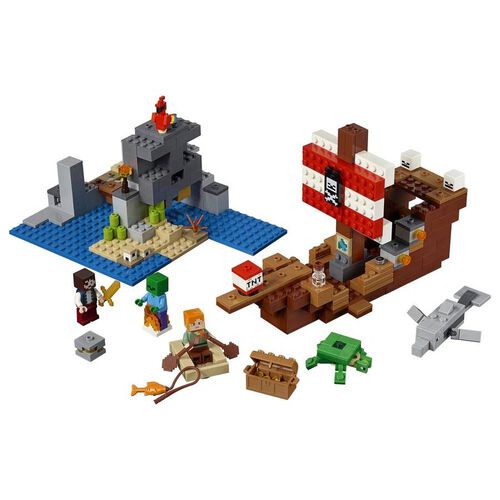 ages: 8+ years
$84.99
Free gift with $70 Purchase
share
The link to LEGO Minecraft The Pirate Ship Adventure 21152 has been copied

Head for an ocean biome with the LEGO® Minecraft™ Pirate Ship Adventure set!

Ahoy me hearties! Check out your new, cool Minecraft™ pirate skin and join Alex for exciting pirate adventures on a Minecraft skull island. Build a fearsome pirate ship with gold detailing, pirate banner, gangplank, cannons and even a cute pet parrot! Load up the ship's cannons and help protect the turtle and its eggs from the roaming zombie. Then grab your map and compass and jump aboard the rowboat for a spot of fishing, or maybe the friendly dolphin can guide you to a hidden treasure? And when you feel like a change, simply rearrange this modular set to create an awesome tropical pirate base!

Craft a pirate ship with gold detailing, pirate banner, gangplank, cannons and a cute resident parrot. This LEGO® Minecraft™ Pirate Ship Adventure set comes with a host of new-for-January-2019 features and characters, including a minifigure with pirate skin, a dolphin and a turtle with 2 eggs. Place the zombie in the special base for a Minecraft zombie-fire effect and ward off hostile mobs with the ship's flick-missile cannons. Enjoy hands-on Minecraft pirate adventures with this LEGO Minecraft set. Easily swap the ship’s modular building sections to create a tropical pirate base and combine it with other sets to create your own unique LEGO Minecraft universe! Also includes an Alex minifigure.

• Includes 2 minifigures: a pirate and Alex, plus a Minecraft™ zombie and, new-for-January-2019 Minecraft dolphin, parrot and turtle figures. • Features a buildable Minecraft™ island setting and pirate ship toy with working flick-missile cannons, gold detailing, pirate banner, gangplank and a rowboat. • Get your sea legs aboard a Minecraft™ pirate ship. Fire the cannons to ward off the hostile mobs and protect the turtle's eggs from the zombie attack. • Look after the cute parrot and feed the dolphin. • Move the modular ship sections to create a Minecraft™ shipwreck. • Weapons include a sword. • Accessory elements include a map, TNT, fire element base, 2 shovels, chest, treasure, pirate banner, water bottle, torch and a compass. • Set your imagination free—rebuild the set for more LEGO® Minecraft™ creations! • This set includes over 386 pieces. • Measures over 5” (15cm) high, 9” (23cm) wide and 9” (23cm) deep."