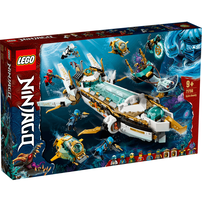 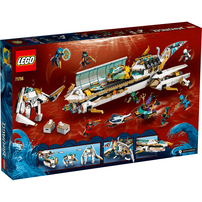 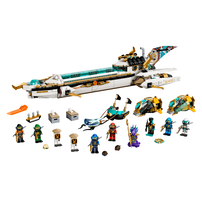 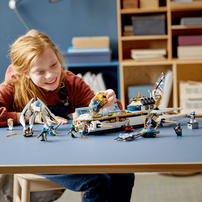 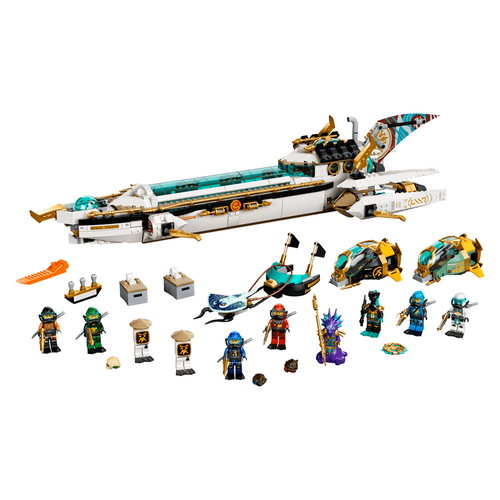 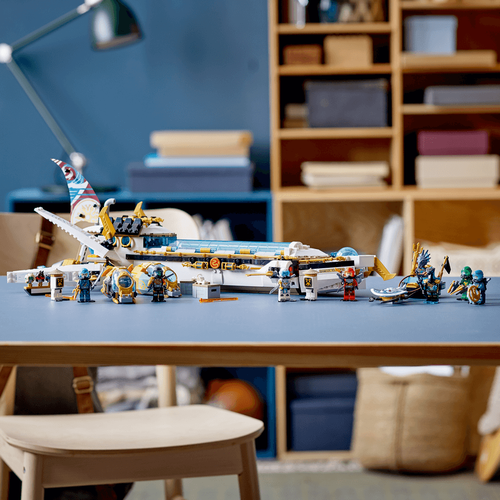 Go deep beneath the sea with the Hydro Bounty from the NINJAGO: Seabound TV series to take on Prince Kalmaar and his Guards! Move into boost mode with the wings out, fire the spring-loaded shooters or release a mech and 2 mini submarines into your epic battle. But watch out for the Prince on his chariot! You must claim the prized wave amulet to stop NINJAGO City from being flooded!