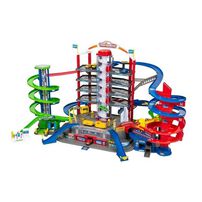 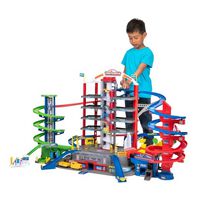 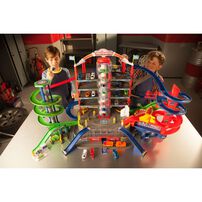 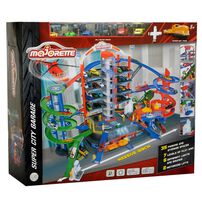 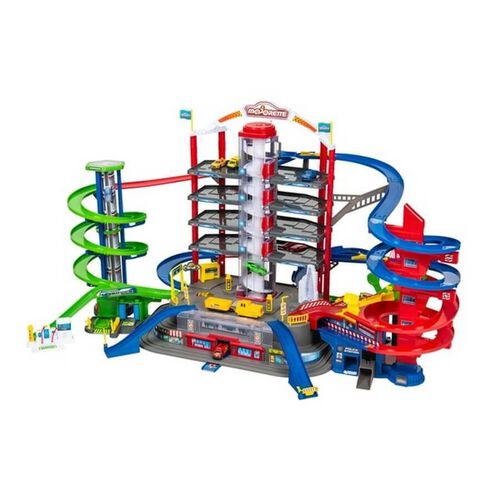 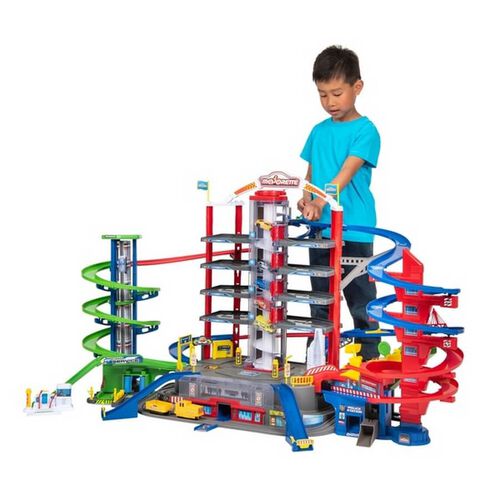 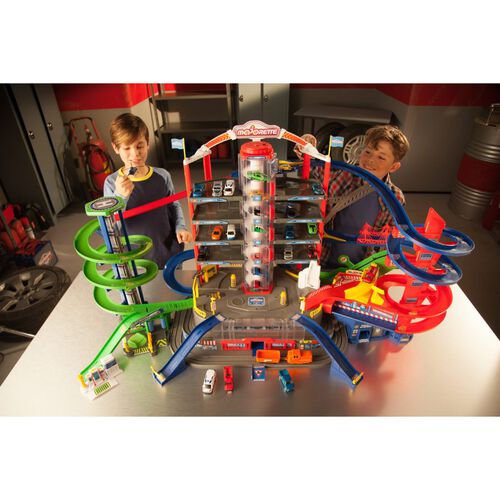 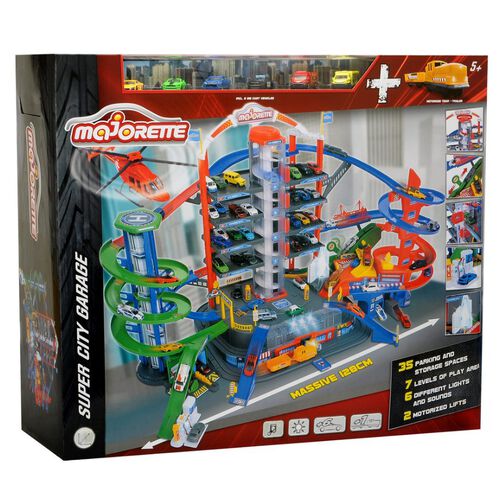 ages: 5+ years
$299.99
share
The link to Majorette Super City Garage has been copied

Majorette Super City Garage: In this world of play there's always something going on On seven floors with numerous ramps, lanes and playing details, the Majorette Super City Garage provides the ultimate in play ideas for our die-cast toy cars under licence from major brands. Two motorised car lifts conveniently raise the vehicles to one of the 35 parking spaces before they all go rapidly down again via the ramps. Six light and sound effect systems at the various play stations make the big city life even more realistic. Naturally, the foundation for the Majorette collection is already included. As a sports car, fire brigade vehicle or police car, the six die-cast toy cars, under licence from Audi, Ford, Toyota and Iveco, make the experience perfect. In addition, a battery-powered train with a trailer is included, for which batteries need to be obtained separately. Additional tip: The Majorette Super City Garage isn't just a playing experience, but also a unique opportunity to show off your own Majorette collection in style.

Age recommendation: 5 years or above 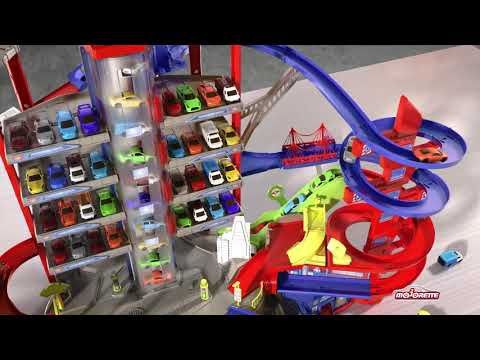