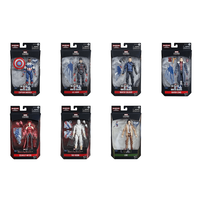 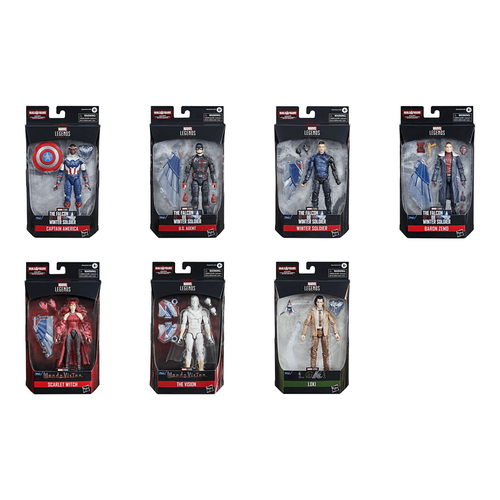 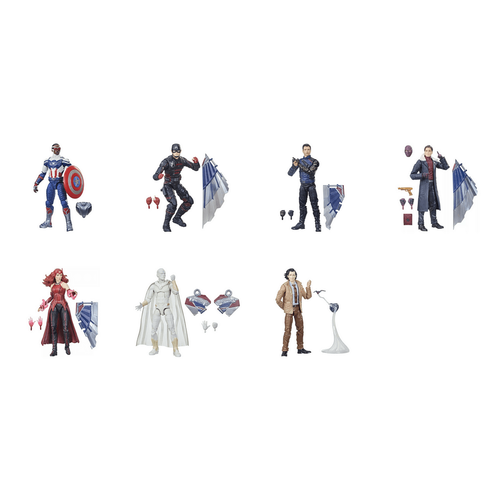 Wanda Maximoffs abilities of telekinesis, energy manipulation, and neuroelectric interfacing allow her to read thoughts and give her targets waking nightmares.

Thrust back into the real world, Bucky is forced to figure out how to become James Barnes again, all while facing demons from his past.

Donning a brand new suit and wings from Wakanda, Sam Wilson proudly takes on the mantle, ready to unite people as the world's new Captain America.

Baron Zemo, the Sokovian special forces officer who targeted the Avengers, has been rotting in a German prison, but recent events will reignite him with a ferocity.

Harnessing the power of density manipulation with computer precision, Vision is a hero who defies the very laws of nature.

Mere moments after his escape during the events of Avengers Endgame, Loki is apprehended by the TIME VARIANCE AUTHORITY (TVA) and arrested for his crimes against the sacred timeline.

After being stripped of the Captain America title, John F. Walkers spirit is shaken and he takes on a new mantle, ready to unite people as the worlds new Captain America.