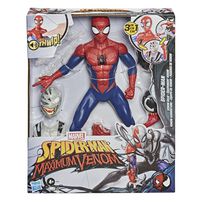 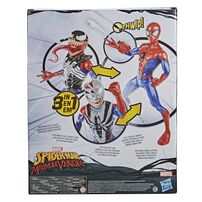 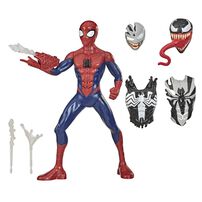 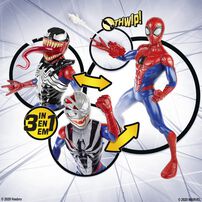 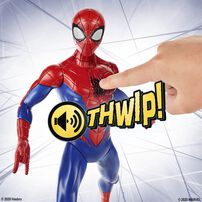 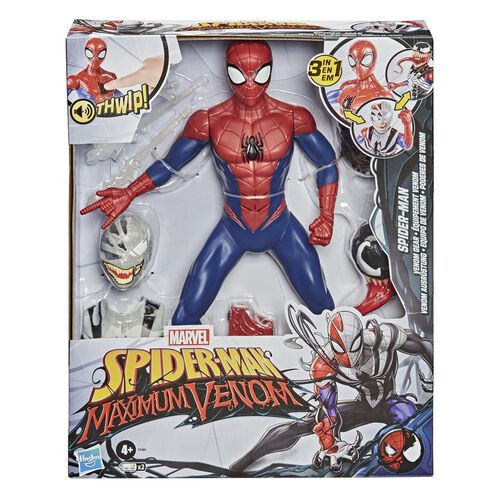 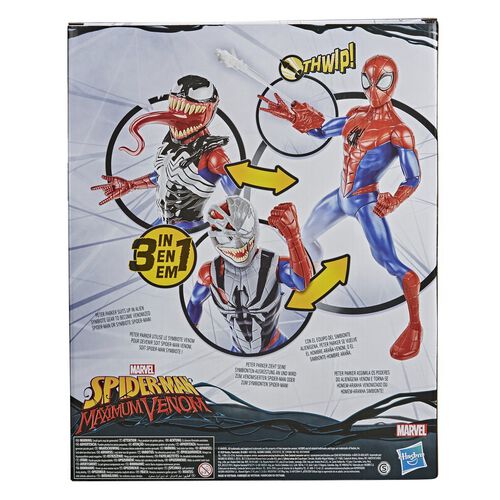 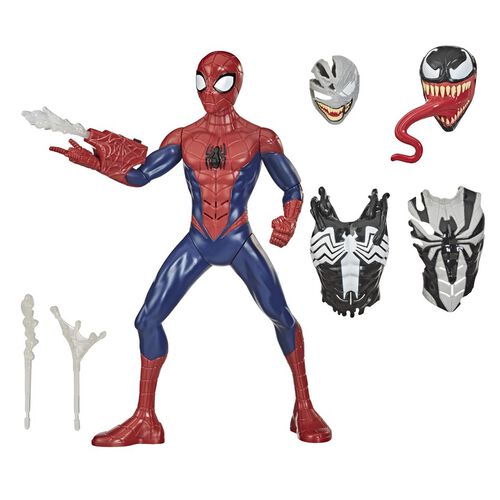 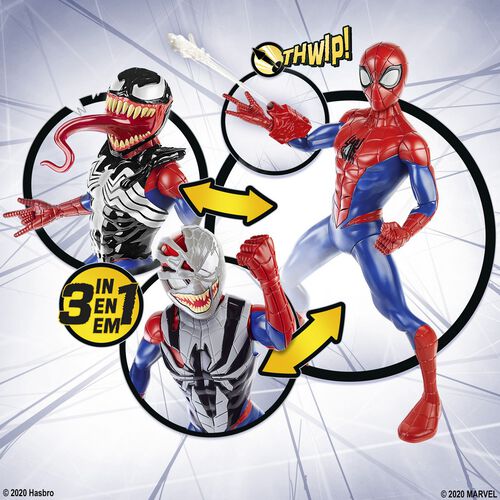 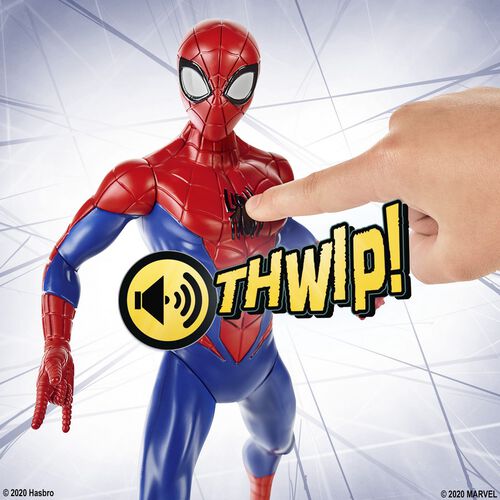 Spider-Man is now Venomized with this figure based on the Spider-Man Maximum Venom series! Kids can suit up this classic Spider-Man figure in a black “venomized” suit or in a grey and black “symbiote” suit for an alien adventure. It’s 3 different takes on your friendly neighborhood Spider-Man! Figure also makes sounds and says phrases based on the Disney XD series. “I’ve got to get this Venom stuff off now before it becomes too powerful!” Kids can attach the included web projectile accessory to the figure’s wrist, load in a projectile (included) and fire it as they imagine action-filled battles in the world of Spider-Man Maximum Venom!