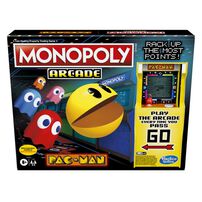 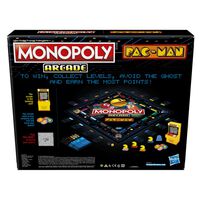 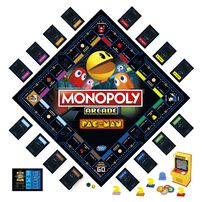 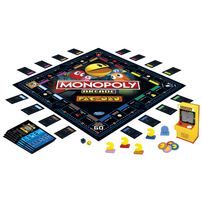 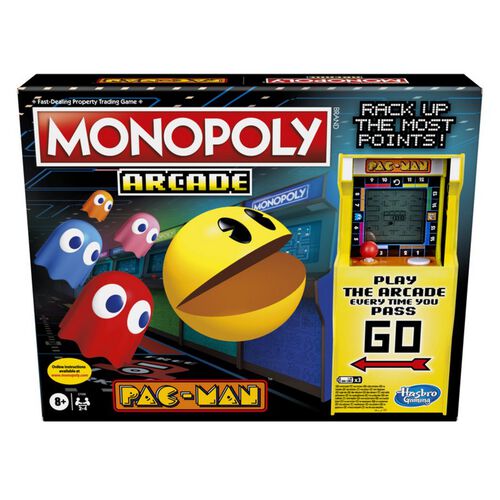 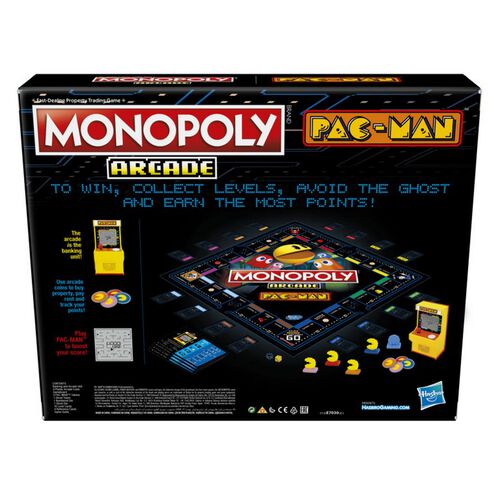 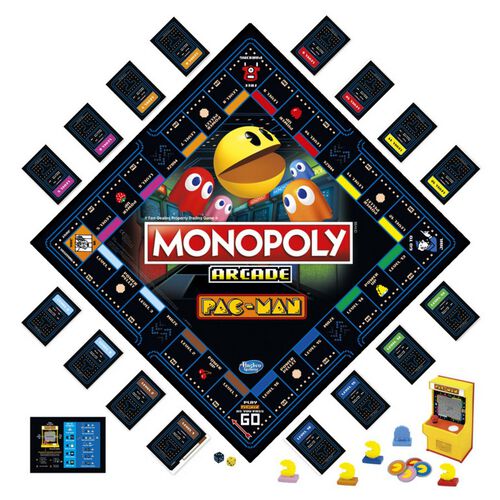 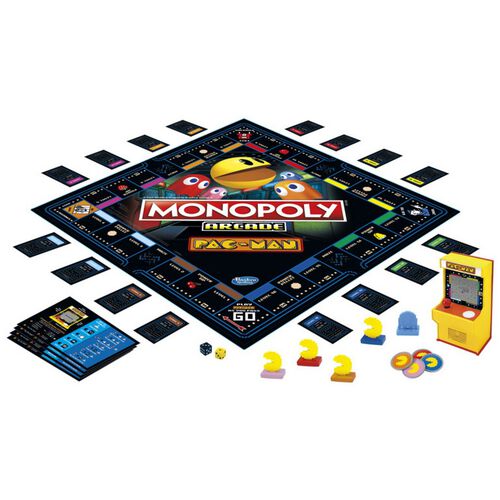 Gamers and fans of the original Pac-Man can relive some of their gaming experiences with this Pac-Man themed Monopoly game. In the Monopoly Arcade Pac-Man board game players can play Pac-Man on the retro banking and arcade unit and can also use it to buy, sell, or steal Levels and perform various other actions. Players race around the board (but watch out for the Ghost!) to buy Levels and earn points. Each time a player passes Go they get to play a mini game of Pac-Man. Rack up the points while everything is tracked in the banking and arcade unit, with no money changing hands. The player with the most points wins!