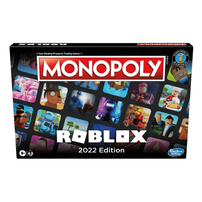 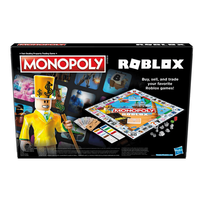 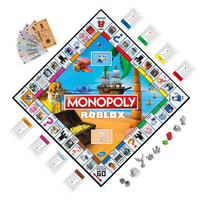 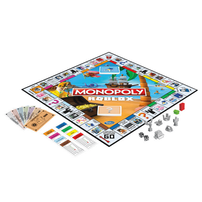 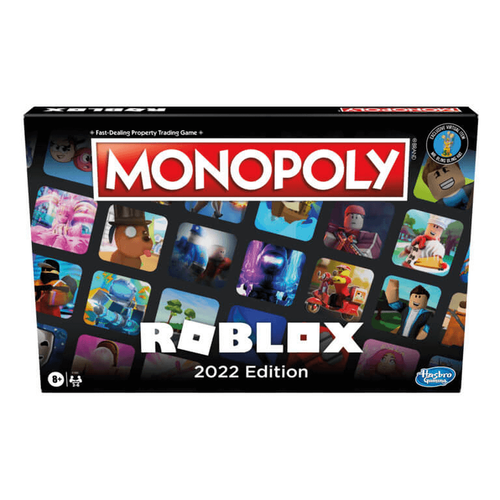 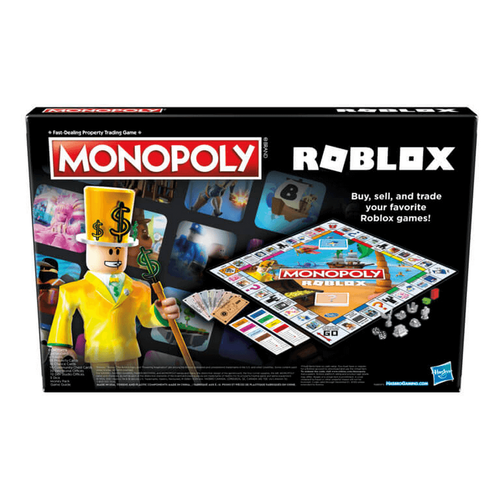 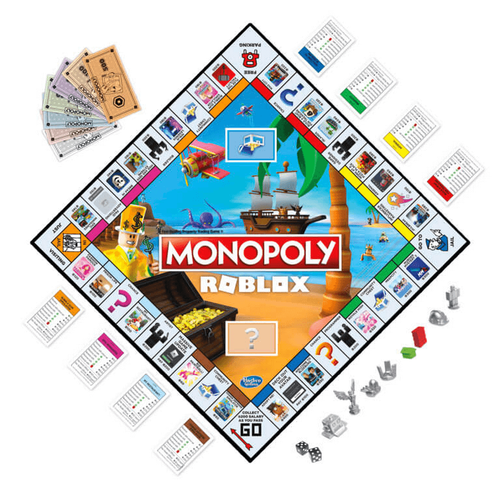 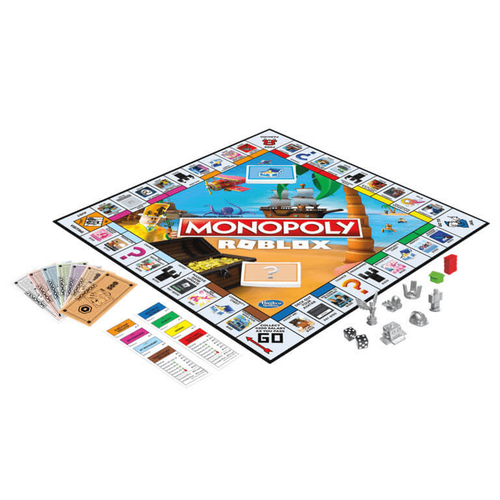 In the Monopoly: Roblox 2021 Edition board game, players buy, sell, and trade some of their favorite Roblox experiences including Meep City, Fashion Famous, Legends of Speed, and more! Featuring artwork, themes, and gaming elements inspired by the popular online platform, players move around the board buying as many Dev Home Offices and Dev Studio Offices as they can. The game is for 2-6 players, ages 8 and up, and makes a great gift for Roblox fans! Roblox, Robux, the Roblox logo, and Powering Imagination are among the Roblox registered and unregistered trademarks in the U.S. and other countries. Some content used under license. All rights reserved. The Hasbro, Hasbro Gaming, Parker Brothers, and Monopoly names and logos, the distinctive design of the gameboard, the four corner squares, the Mr. Monopoly name and character, as well as each of the distinctive elements of the board and playing pieces are trademarks of Hasbro for its property trading game and game equipment.