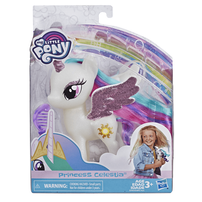 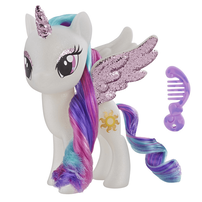 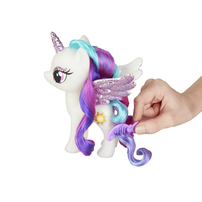 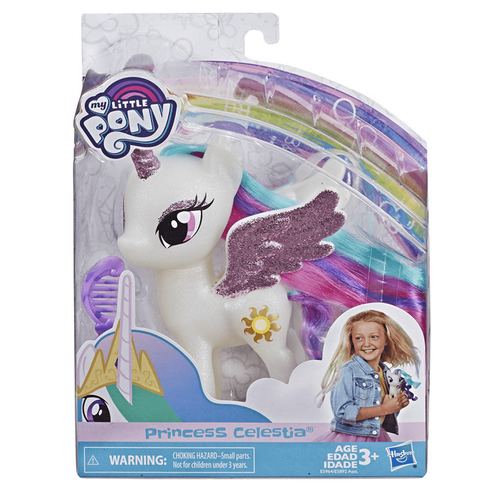 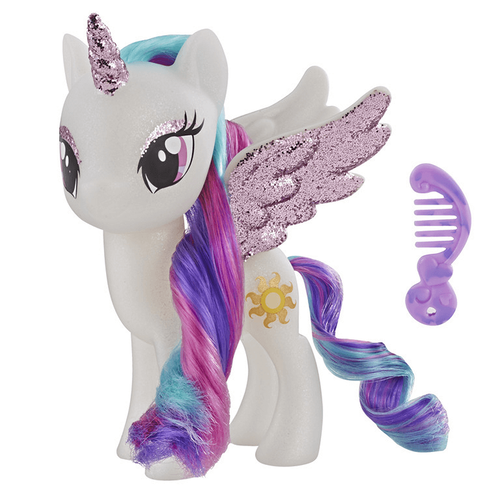 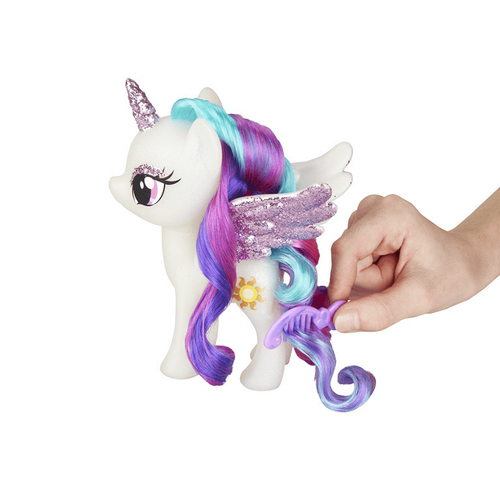 Imagine fun stories alongside the magical ruler of Equestria with this sparkling Princess Celestia pony figure! This pony figure has a beautiful horn and wings that sparkle and shine with glitter! Kids can use the included comb accessory to brush her long, colorful hair.

Princess Celestia and her sister, Princess Luna, are the co-rulers of Equestria. Together, they use their magic to raise the sun at dawn and bring out the moon each night. Look for sparkling Princess Luna pony figure to imagine the sisters are together on a magical adventure!

My Little Pony and all related characters are trademarks of Hasbro.