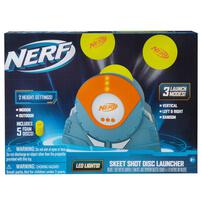 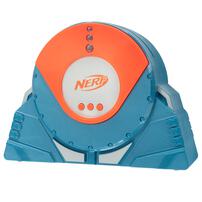 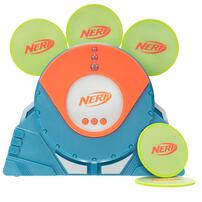 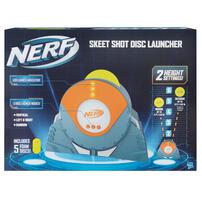 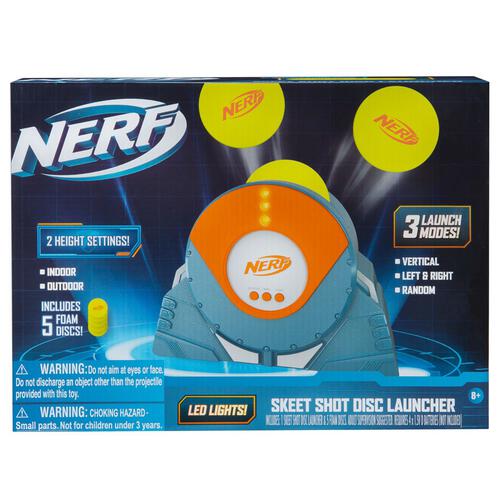 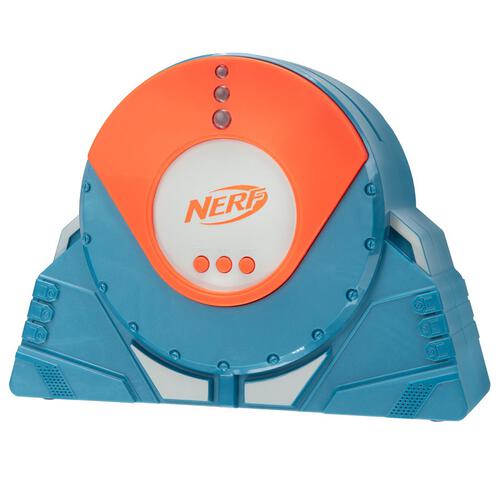 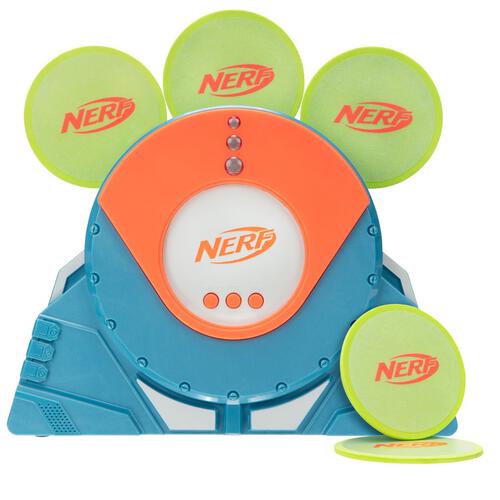 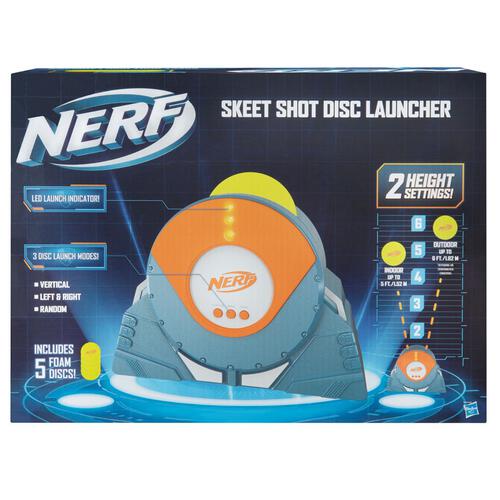 Get ready for launch! Perfect your aim and accuracy with the Nerf Skeet Shot Disc Launcher! The Skeet Shot Disc Launcher launches foam discs into the air for a challenging and fun way to practice your blaster skills. The goal of the game is to try to hit all five discs! You can set the Skeet Launcher to vertical, left and right, and random launch modes to level up the challenge! Place your Skeet Launcher on a hard, level surface like the floor/ground or a flat table. Select from the three different modes of play and get ready for the discs to launch! Grab your favorite blaster and give the Skeet Shot Disc Launcher a try! Play solo or compete against your friends to see who will be the ultimate Nerf Skeet Champion! It’s Nerf or Nothin’!

WARNING: This toy produces flashes that may trigger epilepsy in sensitive individuals.Adult supervision suggested.WARNING: Do not aim at eyes or face. Do not discharge an object other than the projectile provided with this toy.WARNING: CHOKING HAZARD- Small parts. Not for children under 3 years.CAUTION: DO NOT sit or stand on any parts of the toy.DO NOT drop of throw the toyDO NOT expose the toy to moisture of any kind.