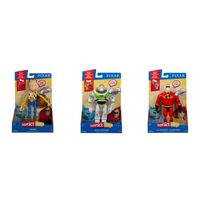 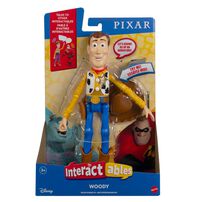 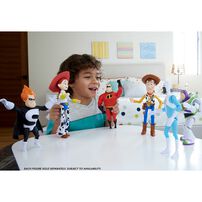 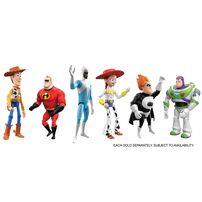 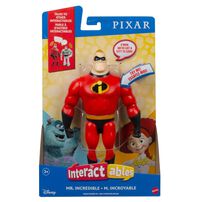 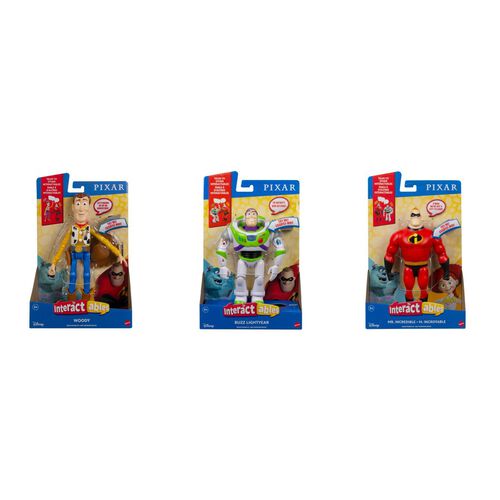 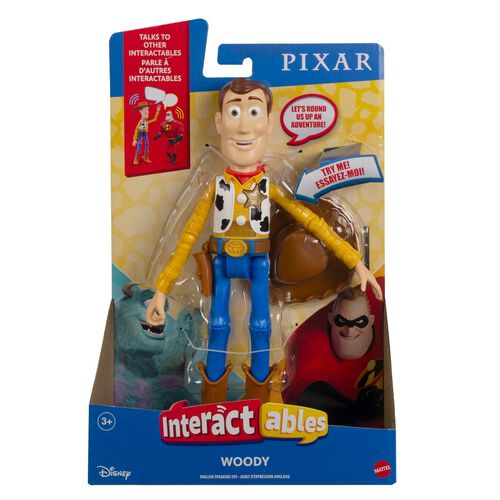 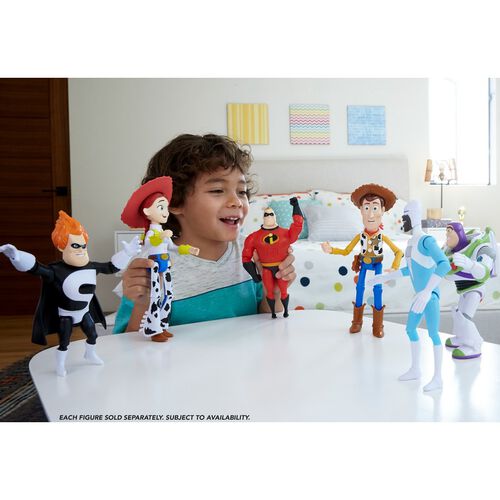 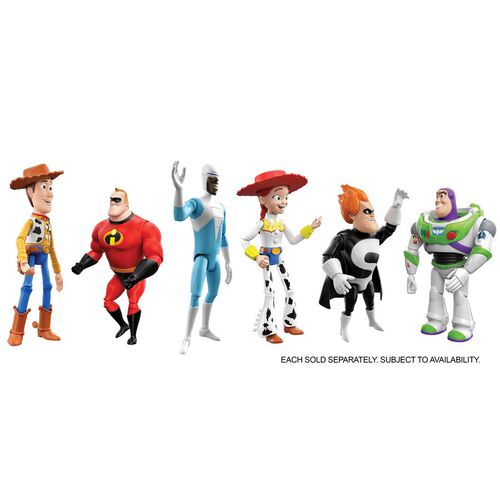 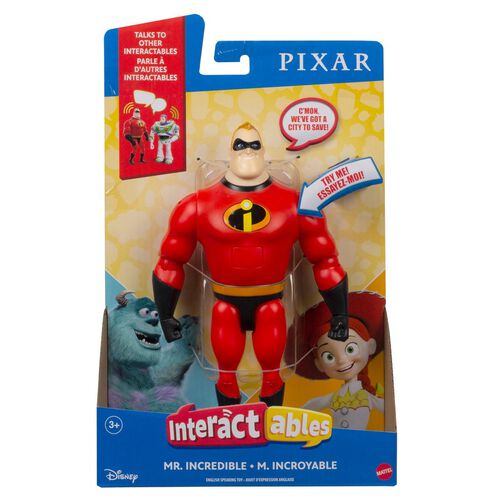 Welcome to the world of Pixar Interactables figures, where everyone has something to say, whether to their best friend, greatest foe or a new encounter across the Pixar universe. Each figure not only recognizes and converses with co-stars from their own movie, but also greets and talks with figures from other Disney and Pixar films! They've always got something to say – just hit the button and listen. These 7-inch to 9.2-inch (17.8-cm to 23.4-cm) talking toys are also highly posable to recreate signature moves or star in multi-movie displays. Characters are included from movies like Toy Story and The Incredibles for creative cross-movie play. New phrases are unlocked as you add more figures to your collection and play with them together. Each sold separately, subject to availability. Colors and decorations may vary. ​​​​