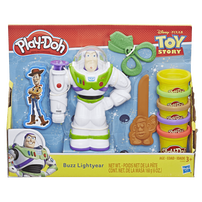 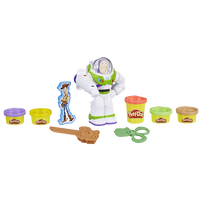 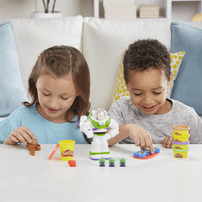 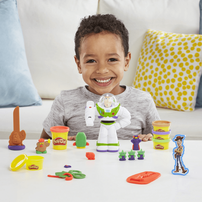 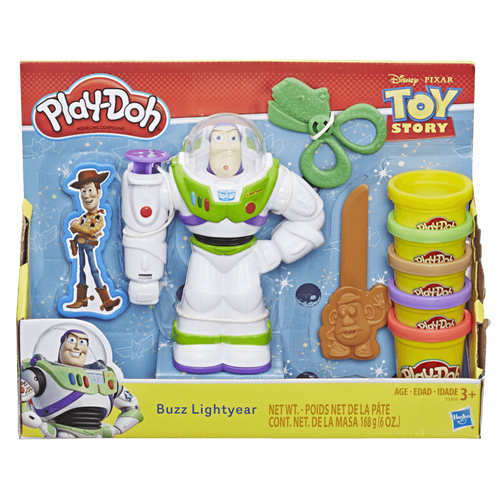 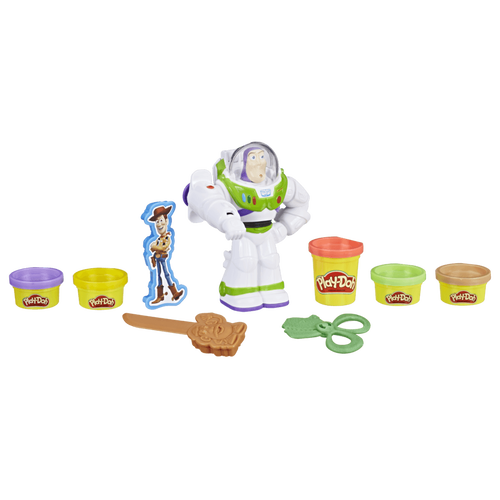 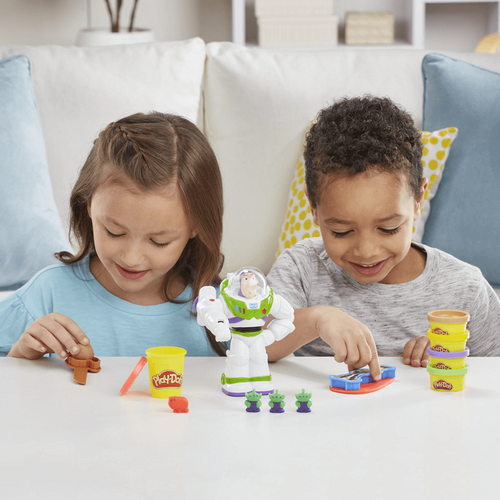 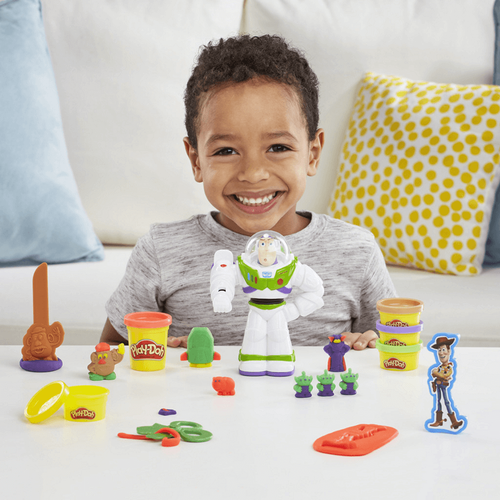 To infinity and beyond! Kids can experience the magic of Disney's Toy Story with their very own Buzz Lightyear toy and squishy, hands-on Play-Doh fun. The Buzz Lightyear figure can squeeze silly, wiggly lasers from his laser beam and create Hamm, the aliens, and other fun shapes with the half-molds on his suit. Open up his communicator to make a 3D mold of Evil Emporer Zurg! Rex has turned into a silly pair of scissors (don't worry – they're plastic!) and Woody joins in as a stamper. There's also a Mr. Potato Head knife that also features a mold to create everyone's favorite spud! With 5 Play-Doh colors including 1 standard two-ounce and 4 small one-ounce cans, there's plenty of colorful fun to play Toy Story again and again!

Copyright Disney/Pixar.
Hasbro, Play-Doh and all related terms are trademarks of Hasbro.

• Now kids can let their imaginations go to infinity and beyond with their own Buzz Lightyear toy
• Squeeze silly Play-Doh laser beams and open his communicator to shape Evil Emperor Zurg
• Create Woody, Mr. Potato Head, Hamm, and the squeeze toy aliens with the stamps and molds
• Rex has been reimagined as a silly pair of plastic scissors to cut Play-Doh compound
• Includes 5 Play-Doh colors: 1 standard-sized two-ounce can and 4 small one-ounce cans

• Ages 3 years and up
• Notice to Parents: Contains Wheat.
• Non-Toxic. Conforms to: ASTM D-4236.
• Compound not intended to be eaten.
• Product and colors will vary.
• To clean, allow to dry, then scrape or vacuum.
• Molded results vary depending on child’s age and level of skill.