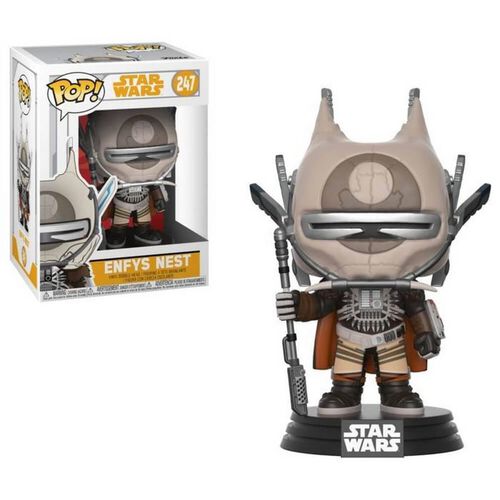 Star Wars: Solo is one of the most anticipated films of 2018, and now Funko fans can celebrate because a new wave of Solo Pop! Vinyl Figures are preapring to jump to hyperspace and join your Funko collection!

Described as a space western, 'Solo' is centered on a young Han Solo and his adventures with his Wookiee partner Chewbacca, including their encounter with Lando Calrissian.

This Pop! features Enfys Nest, one of the main villains in the film.