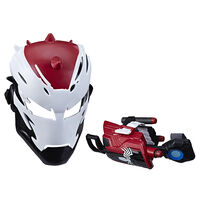 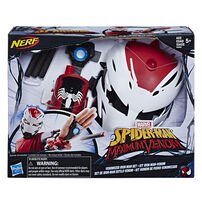 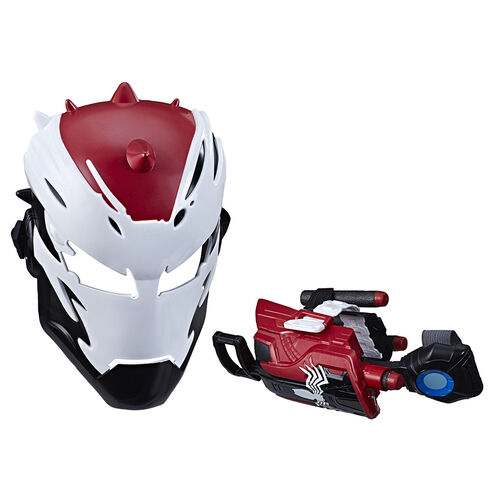 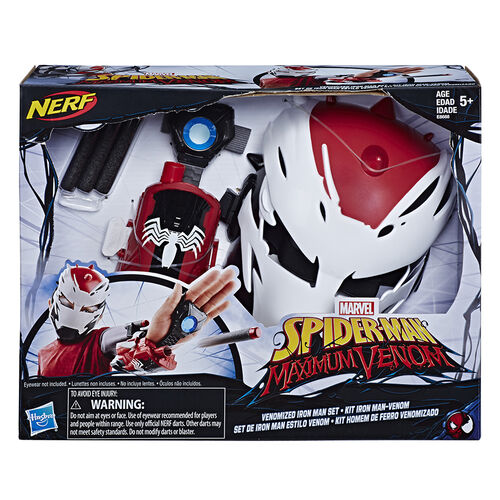 Iron Man is now Venomized in this Roleplay Set based on the Spider-Man Maximum Venom series! Fans can suit up in a Venomized Iron Man mask, put on the Repulsor accessory, load in a dart and fire it as they imagine action-filled battles in the world of Spider-Man Maximum Venom! Super Hero mask features classic Iron Man design from the Marvel comics with a “Venomized twist”. The mask is decorated in the Venom symbiote style! Repulsor accessory has a strap and can be affixed to the wrist for easy dart-firing action! Includes 3 foam darts.