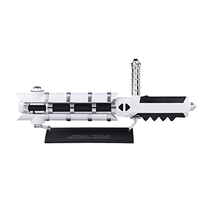 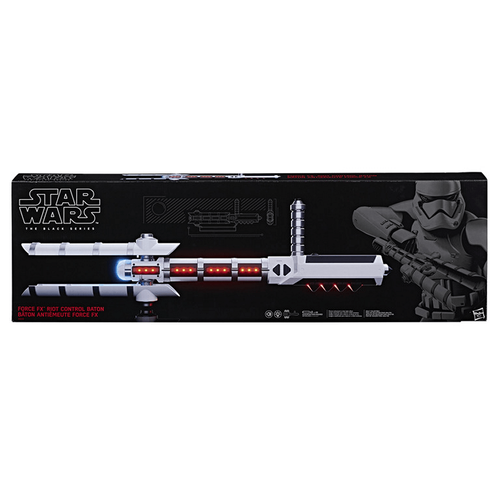 Kids and fans alike can imagine the biggest battles and missions in the Star Wars saga with roleplay items from The Black Series! With exquisite features and decoration, this series embodies the quality and realism that Star Wars devotees love.
Imagine wielding the electrifying power of the First Order Riot Control Stormtrooper with the Force FX Z6 Riot Control Baton from Star Wars The Black Series, modeled after the weapon from Star Wars: The Last Jedi. A true-to-story replica of one of the weapons of the First Order Stormtroopers from Star Wars: The Last Jedi, this authentically-designed Z6 Riot Baton is complemented by a real metal handle and flip-to-activate mechanism for full baton extension. The Force FX Z6 Riot Baton also features authentic movie sound effects, a vibrating motor on the baton handle, and a stand for display.
Additional products each sold separately. Subject to availability.
Star Wars products are produced by Hasbro under license from Lucasfilm Ltd.
Hasbro and all related terms are trademarks of Hasbro.