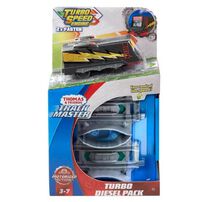 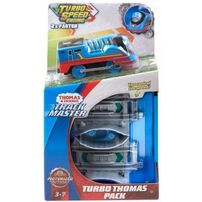 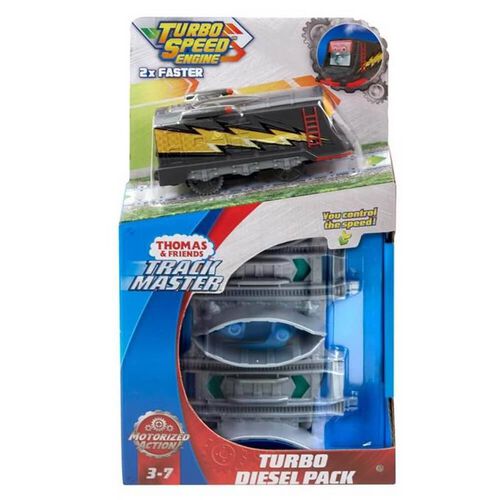 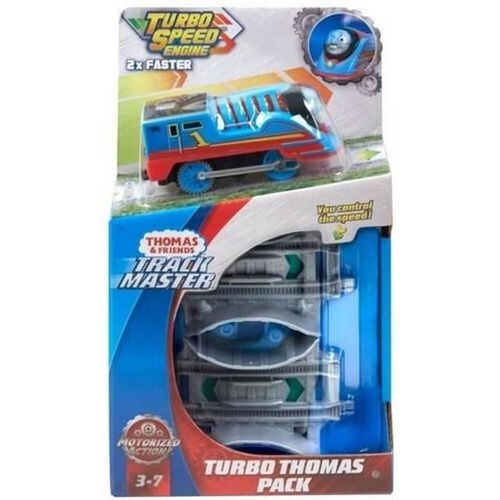 This product comes in different styles Which are packed at random. Each style sold separately

Kids' favorite Thomas Friends characters are ready to race faster than ever before! TrackMaster Turbo Speed Engines are motorized toy trains that can race up to 2.5 times faster than normal TrackMaster engines. At more than double the speed, TrackMaster Turbo Speed Engines take fast-paced thrills to new levels! Plus, for fun, hands-on play, these engines let kids control the speed with Booster Tracks. Children can use the two included Booster Tracks to activate the engine's top speed and slow him down. Flip the switch on one Booster Track so the color turns green, and when a Turbo Engine passes over, he'll launch into Turbo mode. When a Booster Track is switched to yellow and a Turbo Engine passes over while in Turbo mode, he'll slow back down to normal speed. Kids can connect the Booster Tracks to standard TrackMaster track (sold separately and subject to availability) to race trains with friends, experiment with different speeds, and discover which speeds work best for different situations. These faster Thomas Friends motorized toy trains also feature cool, streamlined designs – because if an engine moves faster, it should look faster, too!