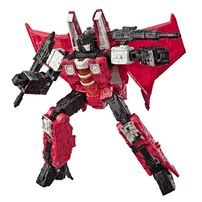 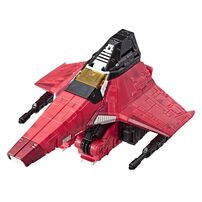 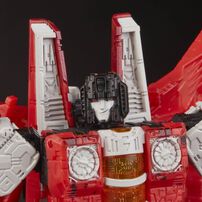 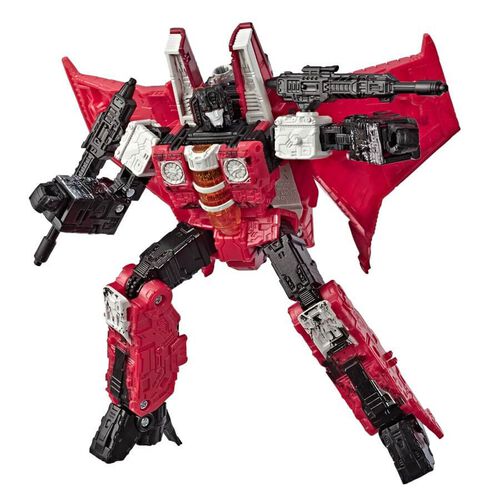 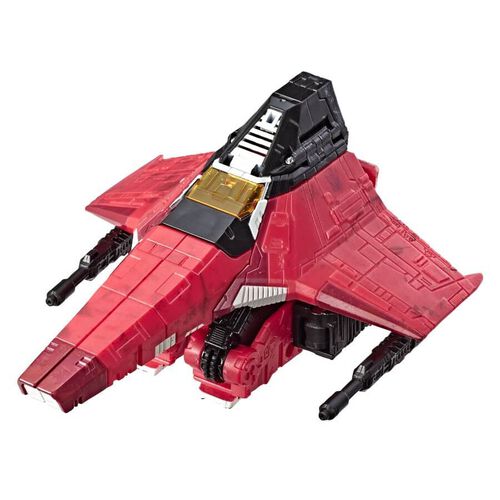 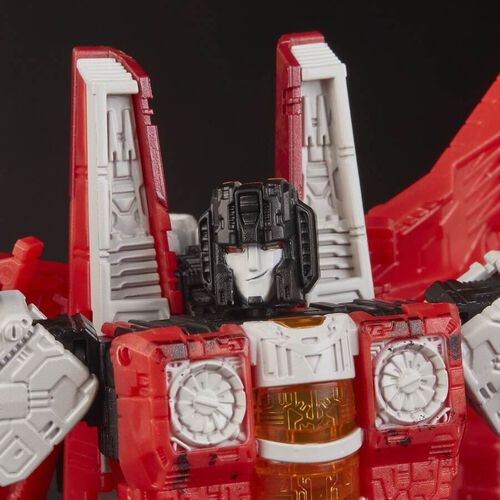 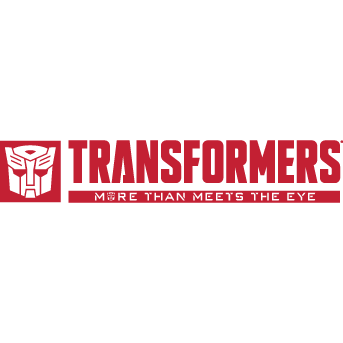 Redwing is a red Seeker, and that’s pretty much all there is to know about him. He’s as obscure as they come, barely even a random background character from the original cartoon and born of a coloring error in the Botcon 2013 comic that resulted from a series of miscommunications between Hasbro, Takara-Tomy, E-Hobby and Fun Publications. However for a character whose entire existence is owed to a string of miscommunications, Redwing has won a bit of a following, and thanks to Generations Selects, “he’s a real bot now”. Redwing uses the Siege Starscream mold, with a smirking headsculpt from the Thundercracker release that suits the character’s “devil may care” attitude.