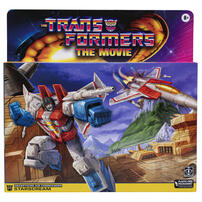 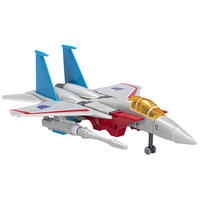 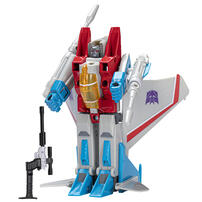 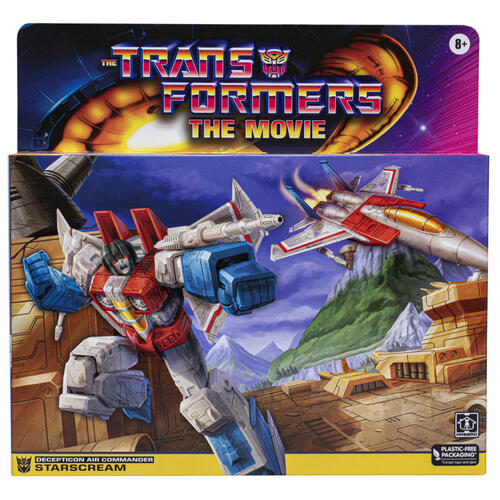 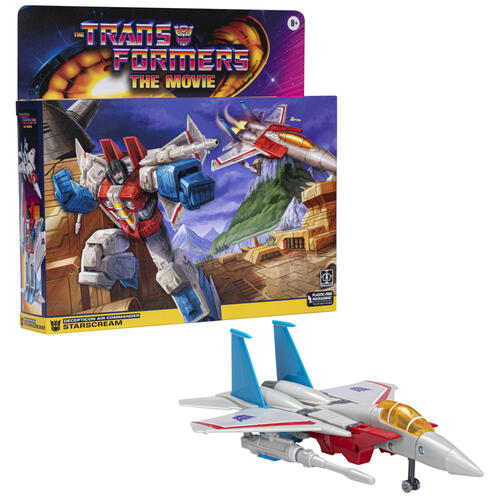 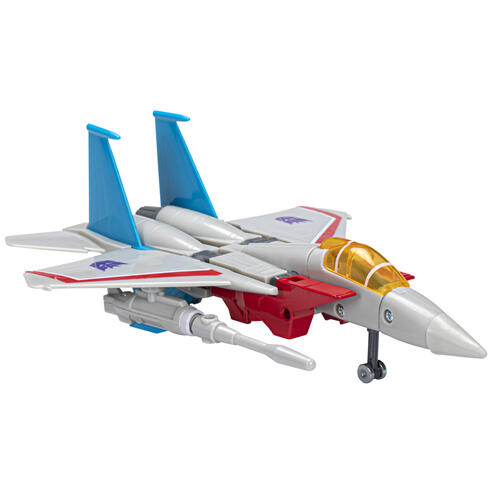 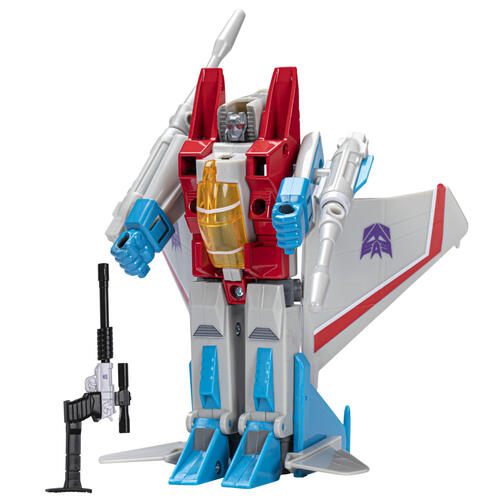 share
The link to Transformers Retro The Transformers: The Movie Starscream has been copied

Transformers Retro G1 action figures are designed like the original releases, updated with deco based on the 1986 animated film, The Transformers: The Movie. Figures feature vintage styling, accessories, and exclusive package art and tech specs inspired by the 1986 movie. Starscream is ruthless, cold-blooded, and manipulative. Now that Megatron is out of the way, Starscream can finally assume the coveted role of leader of the Decepticons. Starscream figure comes with 2 nulls rays and a blaster accessory. This figure converts from jet to robot mode in 7 steps. Clip out and save the on-box tech specs to share, then see how this figure stacks up against other heroic Autobots and evil Decepticons (each sold separately). Transformers and all related characters are trademarks of Hasbro. 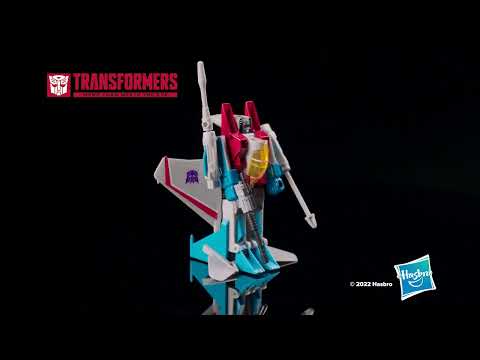 Ages 8 and up WARNING: CHOKING HAZARD - Small parts. Not for children under 3 years.