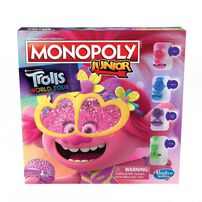 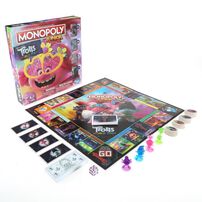 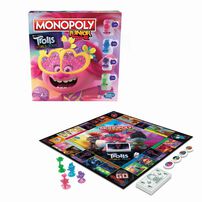 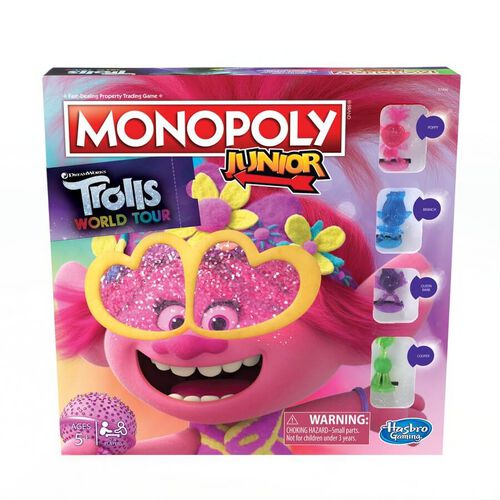 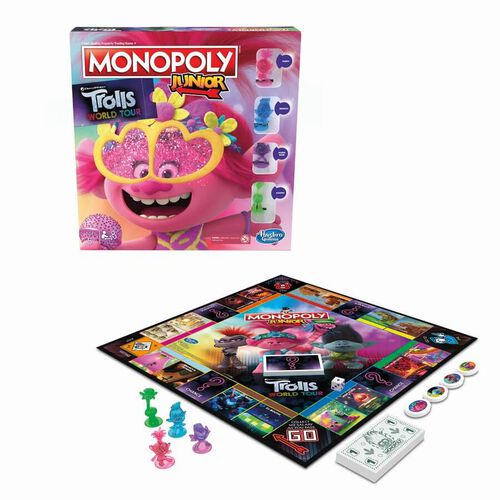 MONOPOLY GAME: DREAMWORKS TROLLS WORLD TOUR EDITION: In this Monopoly Junior game, kids can imagine joining Poppy and other Trolls characters in their adventures through the Troll World*TROLLS THEMED GAMEBOARD: It's a hair-raising good time as players move their character token around the gameboard buying and selling properties inspired by the Trolls World Tour movie*TINY DIAMOND CASH PACK: Buy and sell properties using Tiny Diamond Monopoly cash. The player with the most Tiny Diamond cash after someone goes bankrupt wins the game*TROLLS CHARACTERS: Fans of DreamWorks Trolls movies can imagine playing along with some of their favorite DreamWorks Trolls characters such as Poppy, Branch, Queen Barb, and Cooper*SIMPLIFIED MONOPOLY GAMEPLAY: Monopoly Junior is a good introduction to the Monopoly game. It's designed to be fast, fun, and exciting for younger players. It makes a great gift for kids ages 5 and up