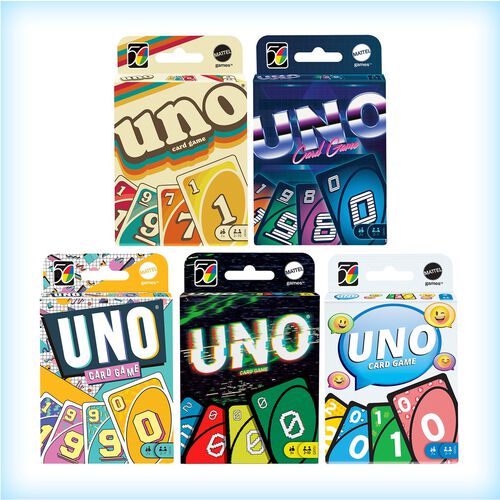 share
The link to UNO Iconic - Assorted has been copied

he UNO card game is celebrating 50 Years of Being Wild, with a series celebrating each decade from the 1970s to the present!

The game that brings people together for fast-paced fun and unpredictable twists has never been so nostalgic! Game play is like the classic UNO game, and when a player is down to one card, they must yell, "UNO!"…dig it!