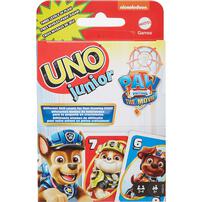 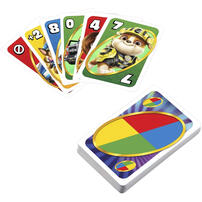 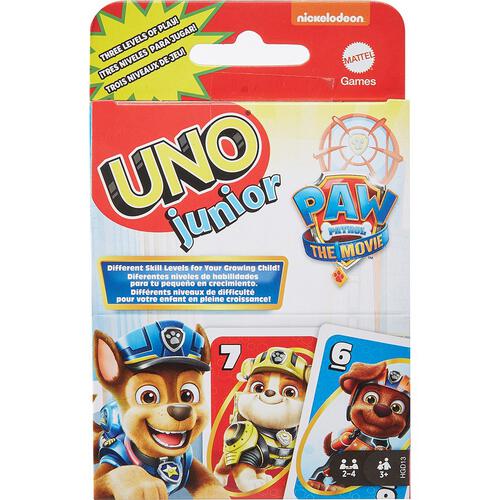 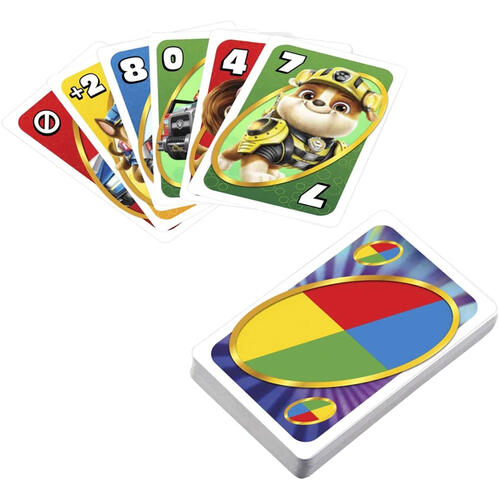 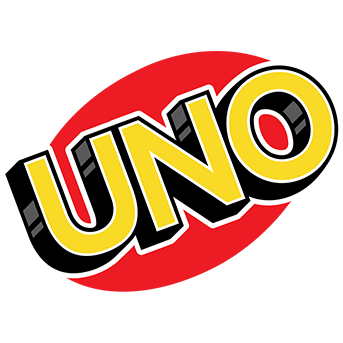 This simplified UNO Junior card game for younger players is loaded with graphics from the animated Paw Patrol movie, featuring animal heroes such as Chase, Skye, Marshall, Liberty and their human leader, Ryder. Three levels of play allow the game to keep pace with a child's development. Level One is simple matching. Level Two adds Reverse and Skip cards to the fun, and Level Three includes Draw 1 and Draw 2 cards to really pick up the pace. Just like the regular UNO game, players race to get rid of all their cards by matching them to the card shown on top of the deck, either by color, number and (especially handy for younger players) by CHARACTER! Chase matches Chase and Marshall matches Marshall. When you're down to one card, don't forget to yell "UNO!" Designed for kids 3 years old and up. Colors and decorations may vary.