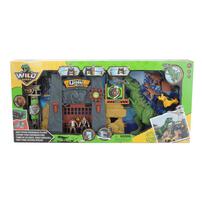 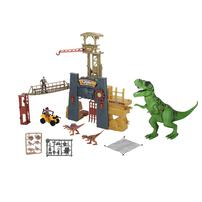 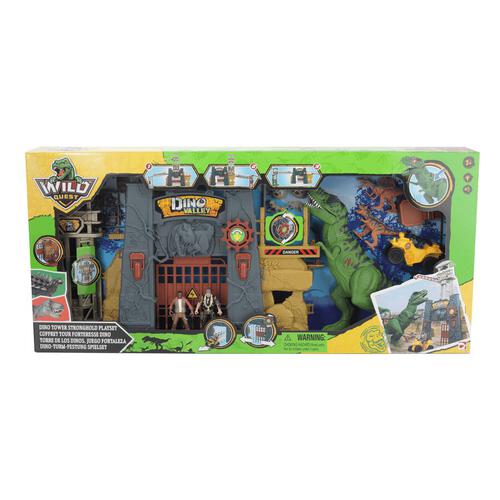 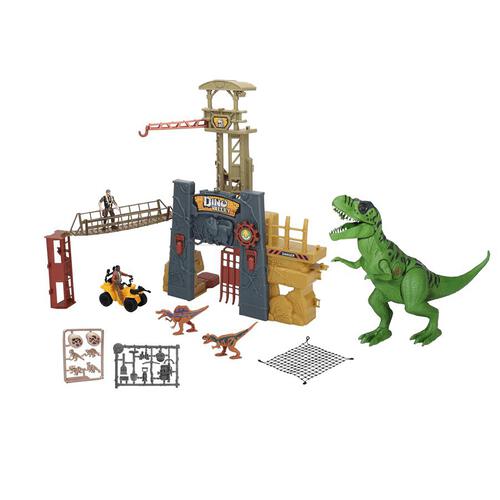 It's three-in-one excitement with the Dino Tower Stronghold Playset! You can build out the fortress in one of three ways to create limitless action-packed adventures. Can you devise the perfect build to protect the heroes against the marauding T-Rex?! Press the buttons to hear its fearsome roar and see its eyes light-up as you send it charging toward the stronghold. Send the action figures zooming along to their escape in the free-wheeling land rover. Press the button to open and close the gate. There’s also a lookout base for the intrepid heroes to keep a watch out for invading titans. Stand the figures at the base and lift it up and down so they have a variety of vantage points from which to spot the rampaging behemoths. Includes two action figures, capture net, bridge, smaller dinosaurs, eggs which can be snapped together to contain baby dinos, and additional accessories.