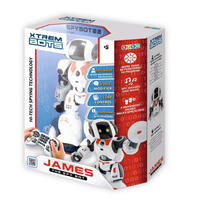 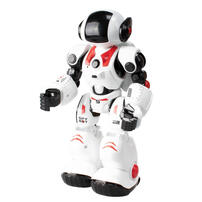 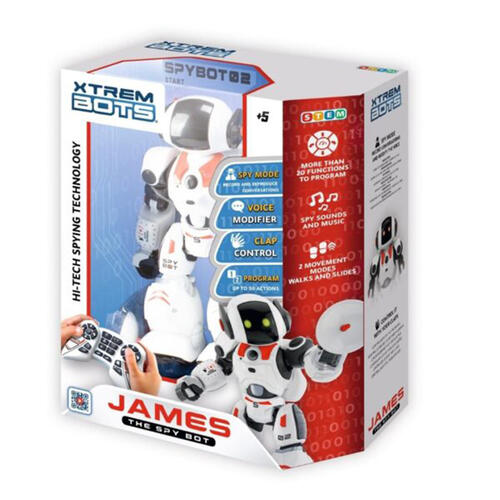 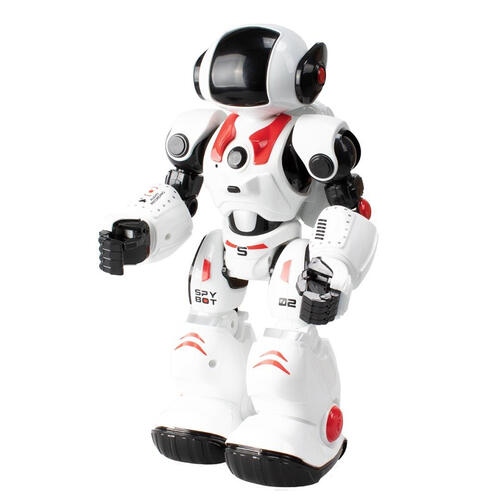 Join James The Spy Bot on his secret missions! With James The Spy Bot, you will enter the fantastic world of robotics and programming in a very fun way. James is the world's most famous spy and now he needs your help. Accompany him on his secret missions, program his every move, he has over 50 programmable actions and more than 20 functions. He can move stealthily by sliding or walking. His different sounds and lights will make him unstoppable.