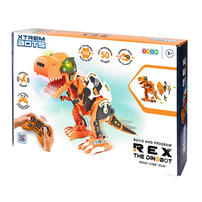 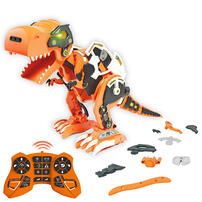 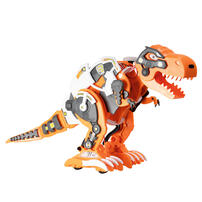 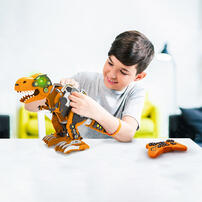 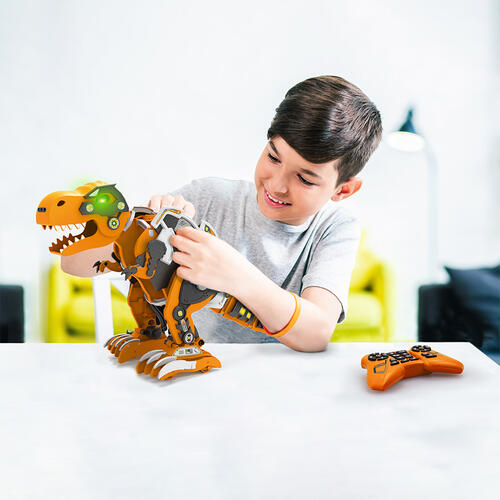 Build and program REX, the fun Robotic Dino! Enter the world of construction, mechanical, engineering, and programming with REX The Dinobot. Build, program and play in a simple and fun way.

Bring Rex to life by assembling 80 pieces. You will also have to build his remote control, with which you can program him or direct him with his Radio Control system. It has more than 50 programmable actions and more than 20 functions for endless hours of fun.