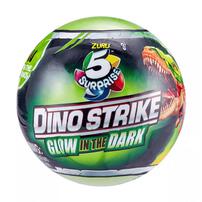 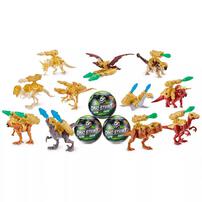 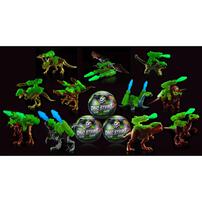 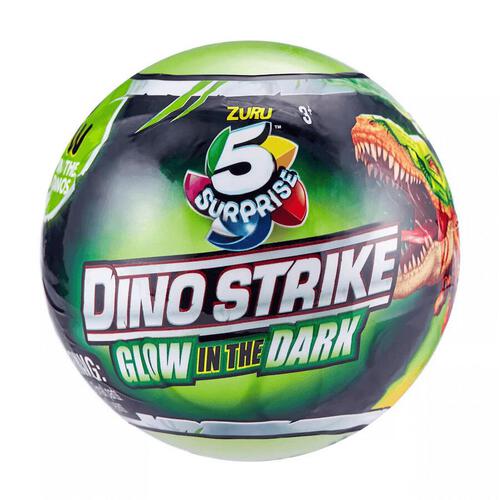 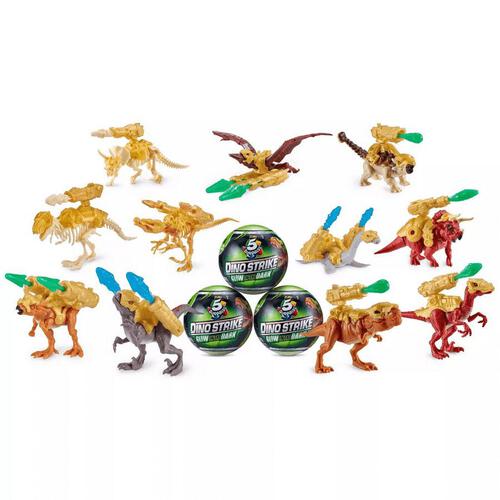 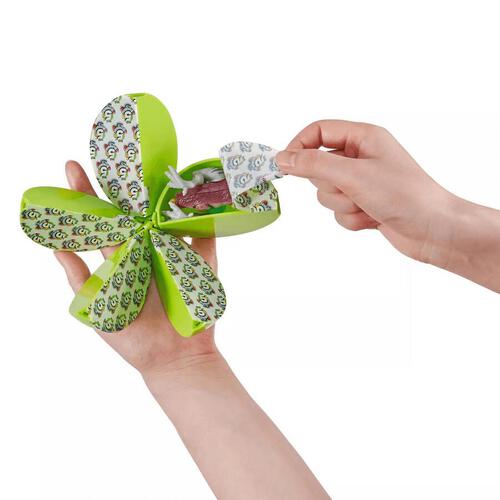 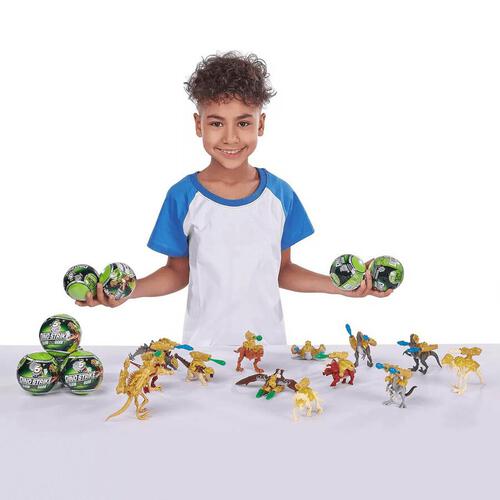 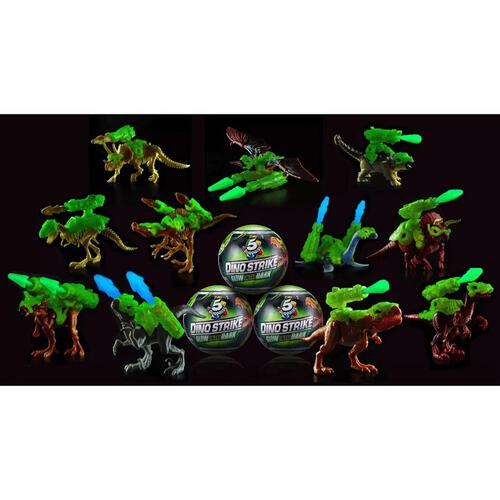 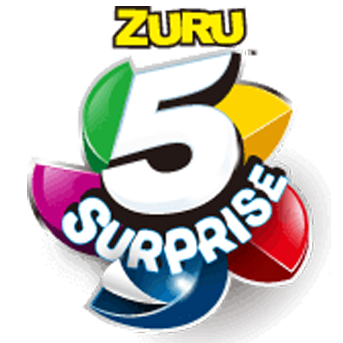 Unbox, build, and battle in the dark with the new 5 Surprise Dino Strike Glow in the Dark ! Assemble your battling dinos and get them ready to face off against their fierce enemies. Each dino comes with GLOW IN THE DARK armor and headgear, customizable weapon backpacks and weapons that you can fire and swap for the ultimate combat combo. Collect all 13 battling dinos like the roaring T-Rex, charging triceratops and the fearless velociraptor. Can you find and go into battle with rare gold T-Rex fossil dino? Swap your weapons across each weapon backpack and even combine single and double blasters to make the ultimate glow in the dark triple blaster prehistoric predator ready for a night battle !