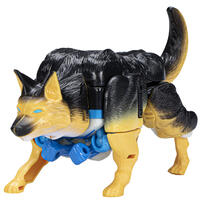 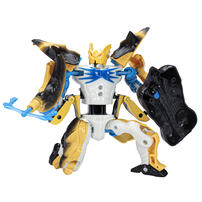 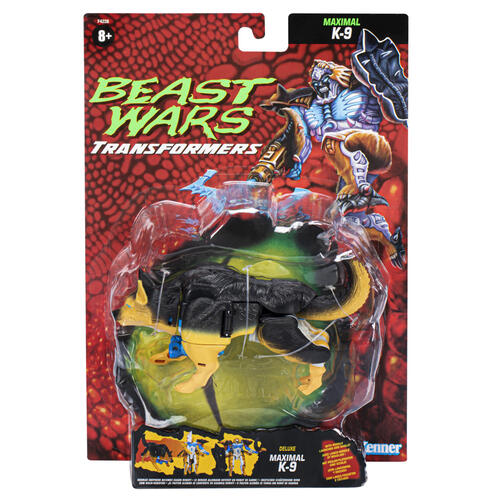 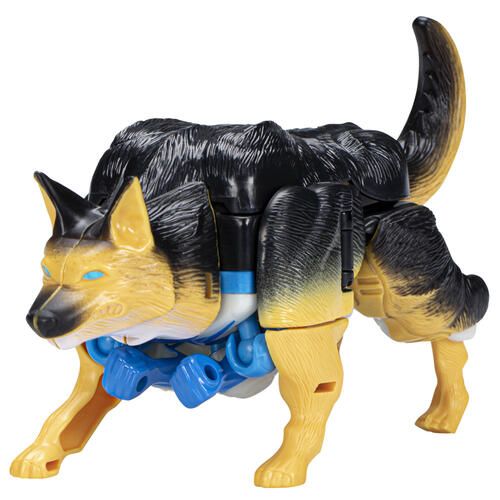 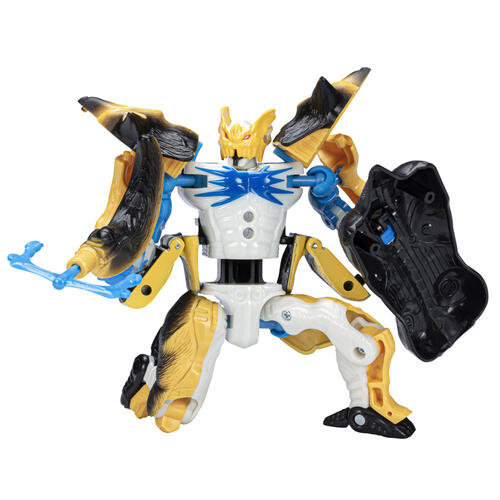 (Re)start a vintage Beast Wars collection with this Transformers: Vintage Beast Wars Maximal K-9 figure! Inspired by the classic 90s toy, this Maximal K-9 toy is designed like the original version -- including figure styling, packaging, and art from the 1997 Beast Wars release, plus classic tech specs and features. K-9 is always alert thanks to his lightning-fast reflexes and ultra-sensitive canine nose. When it comes to combat, his bite is definitely worse than his bark! Maximal K-9 figure comes with tail crossbow launcher, shield, and 2 missile accessories. Figure converts from German Shepherd to robot mode in 12 steps. Clip out and save the on-box tech specs to share, then see how this figure stacks up against other heroic Maximals and evil Predacons (each sold separately). Transformers and all related characters are trademarks of Hasbro.

Ages 8 and up WARNING: CHOKING HAZARD - Small parts. Not for children under 3 years.